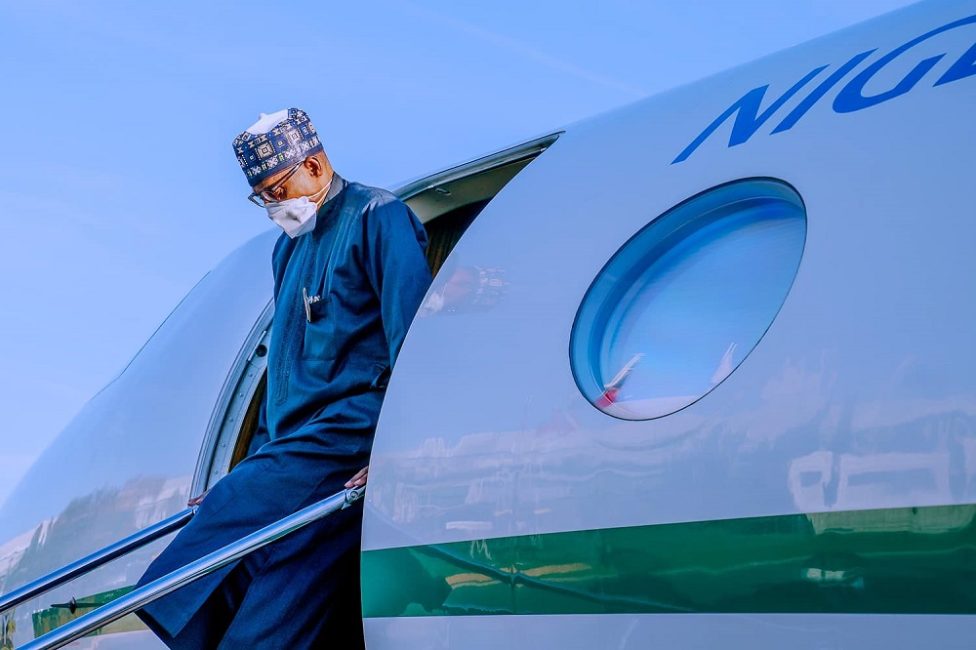 President Muhammadu Buhari has arrived at Owerri for Tuesday’s inauguration of some projects executed by Governor Hope Uzodimma.

The president’s plane touched down at the Sam Mbakwe International Cargo Airport, Owerri at exactly 10:46 am.

The president and his entourage were received by the governor, accompanied by some top state government functionaries.

Also at the airport to receive the president were some top security personnel and chieftains of the ruling-All Progressives Congress (APC) in the state and South-East zone.

On arrival, the president inspected a Guard of Honour mounted by the Nigerian Armed Forces.

He was later treated to a cultural performance by the Omenaimo Cultural Troupe from the Imo State Council of Arts and Culture.

The president in the company of Governor Uzodimma flew away in a chopper to the popular Banana Junction in Orlu where they will drive through the dualized and reconstructed 36km Owerri -Orlu road to the state capital Owerri.

Buhari is expected to inaugurate the reconstructed road and the 48-km Owerri-Okigwe dual carriageway as well as the renovated House of Assembly complex, among other projects.

The president was in the state in 2021 during which he inaugurated some projects.