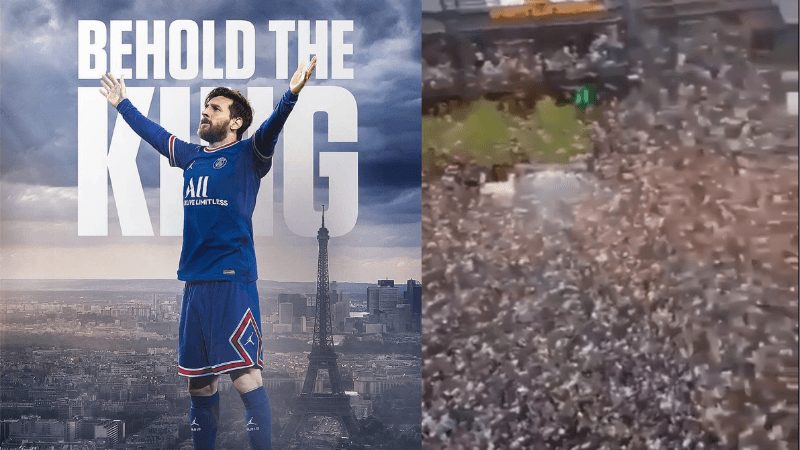 Thousands of French fans gathered at Lou Porget Airport in Paris to welcome Lionel Messi after sealing a deal which earlier looked impossible.

The French fans gathered outside the airport after the news of Messi’s arrival in France was confirmed on Tuesday.

The six-time Ballon d’Or winner in the airport wore a T-shirt that reads “This is Paris.”

He beamed and waved fans who had come to welcome him at the airport which is at the outskirts of the French capital.

PSG owned by Qatar Sports Investment signed a two- year deal with Messi and he will earn a weekly pay of £500,000.

Although PSG have not commented on the reports, it released a short video on Twitter showing scenes of Paris and Messi in Argentina shirts.

It started with a video showing “Mercato update” and a plane landing.

Someone putting pen to paper was shown and the Eiffel tower with six golden balls.