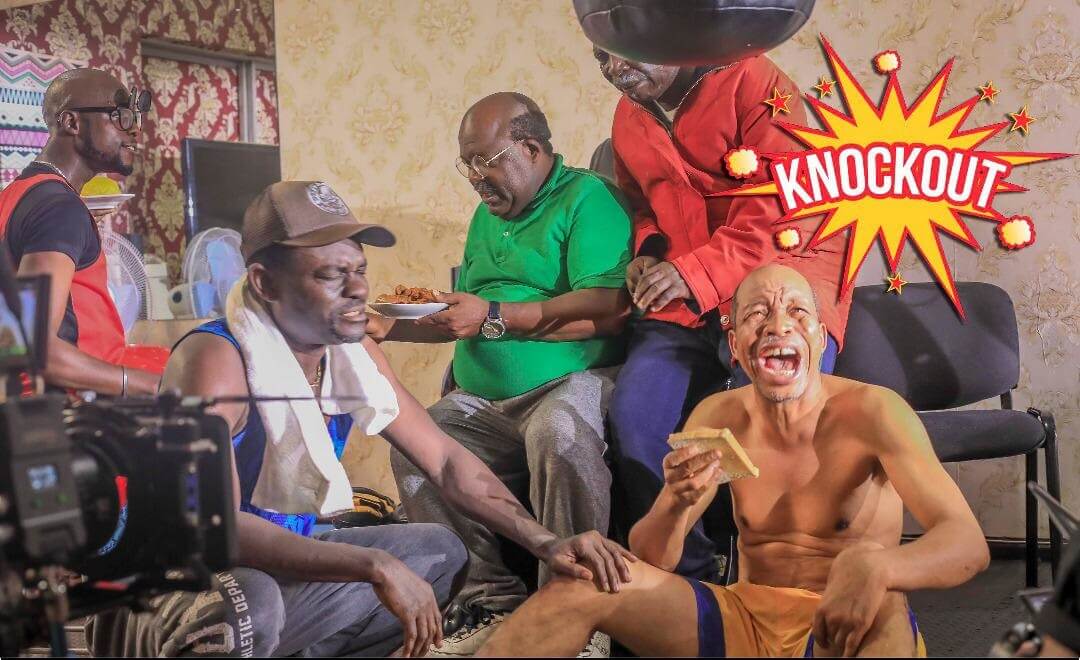 ‘Knockout’ tells of comical occurrences that took over a community after the news about a boxing competition with a cash prize of One Billion Naira ($3 Million) hits town. A group of people from different walks of life were sent into a hilarious frenzy, after which they devise mischievous means to participate with firm eyes on the prize money.