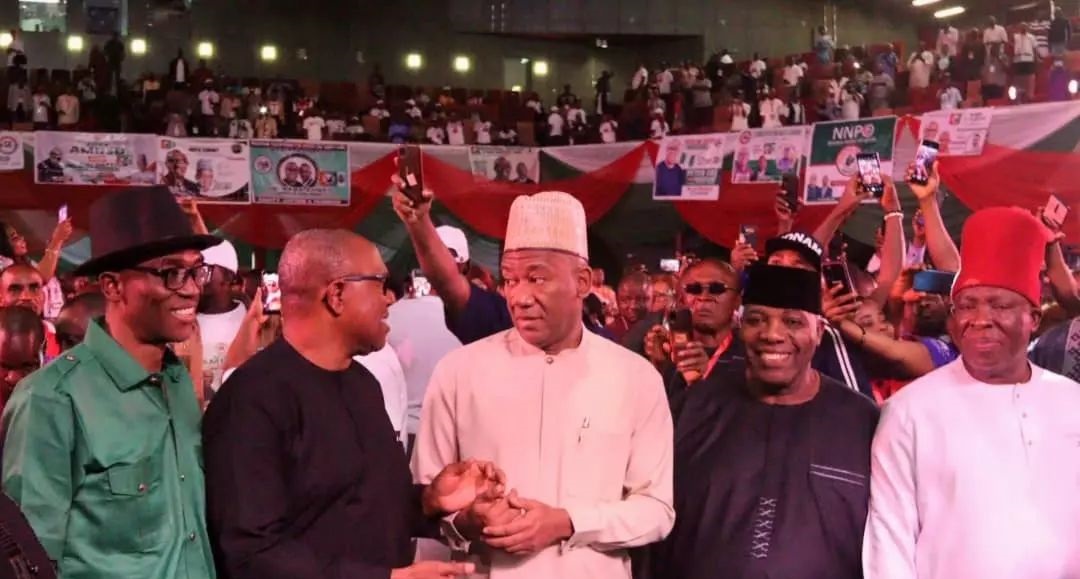 The presidential candidate of the Labour Party, Peter Obi, has vowed to return power to the citizens if elected president in 2023.

Obi stated this on Thursday while giving an address at the Labour Party and The Coalition for Peter Obi Leadership Summit in Abuja.

Obi said in 2023, Nigerians would no longer allow “drivers that don’t know where we are going” to lead the country, lamenting that nobody knows where the country is headed.

The former Anambra Governor said, “Our job is to take power from those who have it and give it back to you. We have a country called Nigeria but we don’t have Nigerians. What we want to do is to create Nigerians.

“In 2023, we will no longer allow drivers that don’t know where we are going. We will remove that driver. We will not allow him to continue.

“We will put another driver to continue because what we have now, and what is happening in Nigeria is that you don’t know where you are going, the driver doesn’t know where the vehicle is going, so every road leads us there.

“But we don’t want to worry. All we say is that 2023 onwards, we will no longer allow that situation. For now, we will manage it to the end,” Obi stated.

Pledging to return the country to production, Obi declared; “All we want to do is to move this country from consumption to production.”

On his part, the Vice Presidential candidate of the party, Yusuf Datti Baba-Ahmed cautioned election riggers to “sheath their sword” and allow the voice of the people to prevail.

The founder of Baze University Abuja said, “We do not take anything from anybody for campaign. We are not looking for money in government. We are looking for how to manage government money by following a serious leader who knows how to create money.

“I am following a leader who has nothing to achieve again in this life except to see a peaceful and prosperous nation.

“It pains me when a uniform staff of a federal government of Nigeria, in broad daylight will collect money. Each time I see it, my heart breaks. That similar act is as bad as $20 billion scandal and it happens every day. We are going to end it. We are going to change it.”

In his welcome address, the National Chairman of the party, Julius Abure, boasted that the party will win the 2023 presidential election.

Abure, who is a former trade union leader, said the party was on a mission to rescue Nigeria.

He said the country was tilting towards collapse as a result of insecurity and a failing economy.

‘Where Is Tinubu?’ – Nigerians Ask Whereabouts Of APC Presidential…