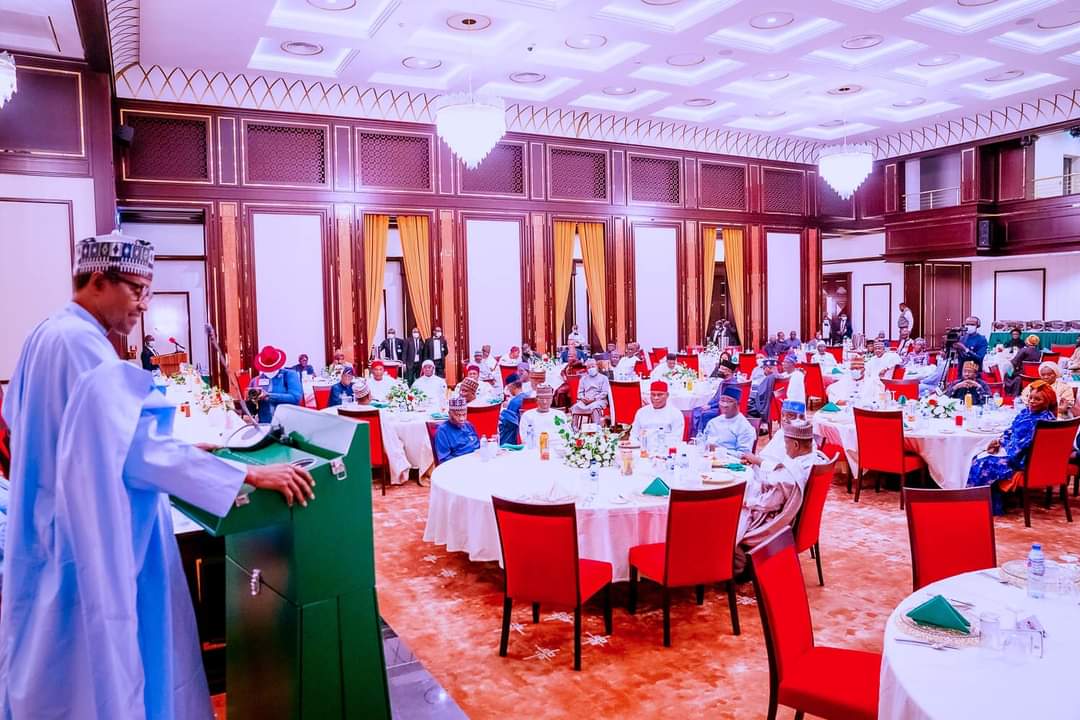 Nigerian governors at the State House on Tuesday told President Muhammadu Buhari that they remained committed to building a better nation under his leadership.

The governors stated this when President Buhari hosted them, security chiefs and heads of other government agencies for an Iftar dinner at the Presidential Villa, Abuja.

The president reportedly told the governors that his administration will not allow any individual or group to destabilise the country while also urging the citizens to avoid being used by agents of destabilisation.

‘‘We have the land, we have the resources, and we have the people. But I do not know why people will allow themselves to be successfully subverted to destabilise their own country,” Buhari was quoted to have said.

Speaking on behalf of the state governors, the Nigeria Governors Forum chairman and Ekiti State Governor, Kayode Fayemi, said the president has demonstrated resilience and determination to build the nation.

‘‘We have a leader who is not distracted by momentary challenges but has continued to commit to the renewal of our nation and we, governors, ministers and heads of government agencies are equally dedicated to building a better Nigeria, on your watch,” said Fayemi.

President Buhari had last week hosted the leadership of the Judiciary arm of government for an Iftar dinner during which he pledged that the Executive arm would continue to respect the Judiciary to strengthen the country’s democracy.