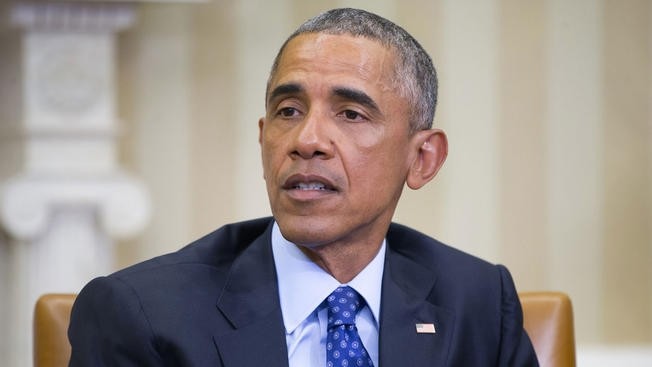 President Barack Obama, recently weighed in on the big controversy surrounding the diversity of the Oscars.

Speaking in an exclusive one-on-one interview with ABC7’s David Ono, Obama said the lack of diversity in the Academy Awards is part of “a broader issue.”

The conversation turned to diversity in the film industry after the second straight year of all-white acting nominations for the Oscars by the Academy.

The President who invited Ono to meet in the Diplomatic Reception Room at the White House, has often spoken about pushing the country towards a better understanding of its differences with a theme of tolerance and inclusion, which he says Hollywood is handling in regards to the Oscars.

“I think that California is an example of the incredible diversity of this country. That’s a strength. I think that when everyone’s story is told then that makes for better art,” Obama said.

Obama Calls For More Access To Abortion In US

Would You Allow Your Husband Fight In Public To Protect You? Women React

“It makes for better entertainment it makes everybody feel part of one American family, so I think as a whole the industry should do what every other industry should do which is to look for talent, provide opportunity to everybody. And I think the Oscar debate is really just an expression of this broader issue.

“Are we making sure that everybody is getting a fair shot?”

Several stars, including Will Smith, Jada Pinkett-Smith and Spike Lee, have announced they will boycott the awards show because no black actors were nominated.

The award is scheduled to take place on February 28, 2016 at the Dolby Theatre in Hollywood California.

Security Agencies, Not NNPC Should Be Blamed For Crude Oil Theft—Asari-Dokubo