Why 133 Million Nigerians Were Pushed Into Poverty—Experts 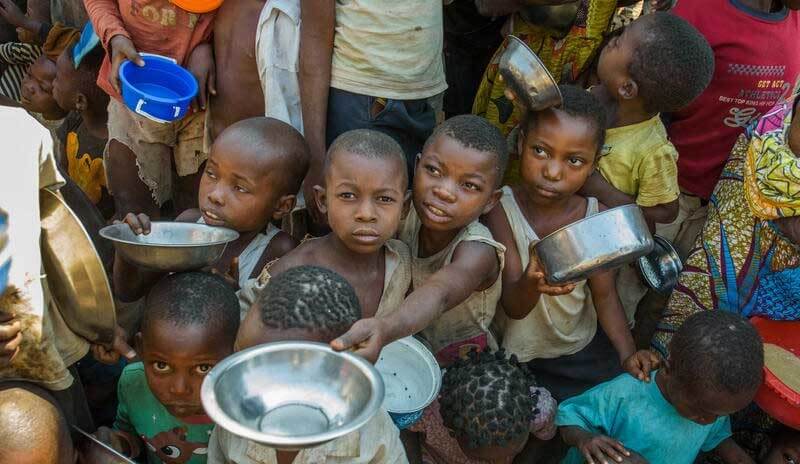 As Nigeria’s poverty index rose to 133 million people, Nigerian experts have begun to proffer solutions to lifting the affected population from extreme poverty.

The National Bureau of Statistics said 63 per cent or 133 million Nigerians are suffering from multi-dimensional poverty.

The economist and former presidential candidate said foreign exchange rules are designed to favour the rich.

He said this while discussing his report, ‘Nigeria’s Poverty Trap- And How to End It’.

Moghalu said ending poverty in Nigeria needs a combination of more effective social protection programs for the poor and creating a better environment for entrepreneurs.

He advocated for free secondary education as he believes it would be a catalyst to promoting the human capital development in the country.

“The government should be able to make secondary education free. This will massively improve Nigeria’s human capital status, which translates to economic gains, especially if we shift the curriculum towards technical and vocational skills. Then people will begin to create jobs for themselves.

“That is how wealth is created. The government cannot create jobs, they create an environment where people create jobs for themselves.”

The naira trades at an official rate, But the parallel rate is weaker due to a chronic dollar scarcity.

“Why should somebody sending his child to school abroad buy the dollar for less than somebody else? Well, it is because most of the people who send their children abroad are the Nigerian elites. So, they have made a foreign exchange rule to benefit themselves.

“This is what I say about the elite consensus. So, if for example, we say we have a flat rate for forex that is transparent, you will see so many dollars come into this country because we have over 200 million people, a huge market and when the dollars start chasing you, the price will fall.”

He noted Nigeria needs to manufacture more of what it consumes and for export.

“For us to manufacture a lot more here and export, we have to watch the international trade situation very carefully so that local manufacturers are not at a disadvantage.”

But he argued that power is a major setback for manufacturers in the country.

According to him, power accounts for an excess of 40 per cent of the production cost of manufacturers in Africa’s biggest economy.

Also, a Senior Economist at CAPE Economic Research and Consulting, Tayo Akande, told THE WHISTLER that the way out of the situation is to dive deep into the main cause of each of the components of the poverty index and tackle each dimension one at a time.

He suggested, “Good governance will help Nigeria map out structures that can bridge the gap between rural-urban development and in turn, translate the short-medium term and the long term.

“Presently, there is a huge gap in rural-urban development. In the MPI report, it was reported that multidimensional poverty is higher in rural areas where 72 per cent are poor compared to 42 per cent of people in urban areas. What infrastructural facilities are in place in rural areas, I guess very scanty.

“Nigeria’s government, in the short-medium term, should focus on creating some basic necessities, such as clean water and energy, and good roads, in all the rural areas. Make rural areas a place where families can go and have fun. In addition, rural dwellers are mostly peasant farmers and trusted local governments can help create a semi-ultra-modern market for their products.

“Since Nigeria’s source of electricity has collapsed, despite huge resources sunk into different electrification projects, it is time to start investing in huge clean energy. Clean energy will restore Nigeria’s economy back on track and if well managed, growth will translate into development and people’s well-being.”

Akande said the country’s insecurity challenges have to be addressed.

“Policy should be committed to the first Sustainable Development Goal (SDG 1), eradicating poverty in all dimensions,” he added.