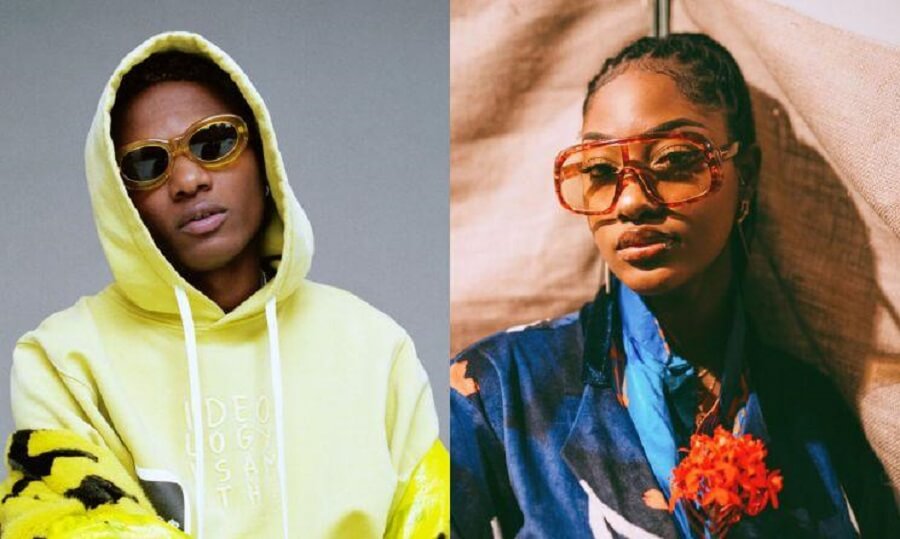 The Soul Train Awards hosted its annual celebration in the historic Apollo Theater in New York on Sunday night.

Presented by BET, the pre-taped award show featured performances by prominent stars in R&B and gospel.

Hosted by Tichina Arnold and Tisha Campbell, the award show aims to celebrate the best in African-American culture, music and entertainment.

“Essence” is a song by Nigerian singer Wizkid, and was released on 30 October 2020 as the 11th track from his fourth studio album,  ‘Made in Lagos’.

EXCLUSIVE INTERVIEW: Wizkid Running Away From Nigeria To Avoid Lawsuit Over ‘Theft’ Of My Song –…

He featured fast-rising Nigerian singer Tems, who wrote the song alongside Wizkid “Essence”

Wizkid and Tems were nominated for five awards apiece at the 2021 Soul Train Awards.

The duo were also jointly nominated for the song of the year, video of the year, the Ashford and Simpson songwriter’s award, and Best Collaboration for the groundbreaking single, Essence which they eventually won.

Meanwhile the Recording Academy revealed the nominations for the 2022 Grammy Awards which gave the duo another nod under Best Global Music Performance  for ‘Essence,’ his collaborative song with Tems.

PDP Berates Sanwo-Olu For Withdrawing From The Platform Governorship Debate