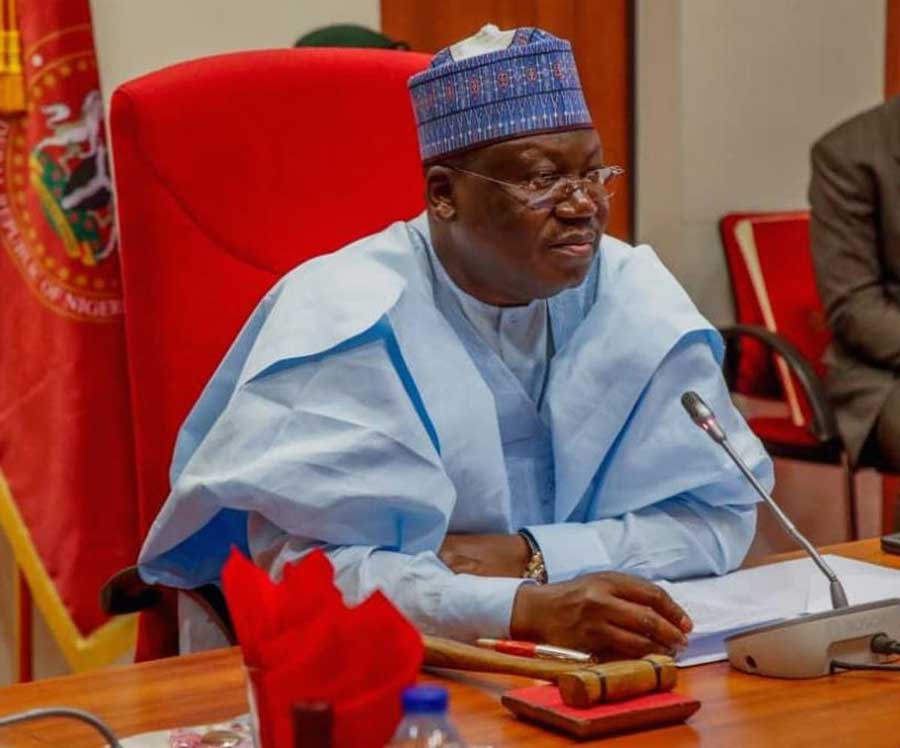 Senate President, Ahmad Lawan, has accepted defeat in his pursuit of the senatorial ticket of the All Progressives Congress, APC, for Yobe North.

Bashir Machina had won the senatorial ticket of the party in May while Lawan was chasing the presidential ticket until June.

After horse-trading and power play within the hierarchy of the APC, Lawan’s name was submitted to the Independent National Electoral Commission, INEC.

Machina then approached the court to retrieve the ticket. The Federal High Court eventually ruled against Lawan, the APC, and INEC, declaring Machina as the rightful senatorial candidate.

Commenting on the ruling, Lawan in a statement sent to THE WHISTLER on Thursday said enough is enough while thanking his constituents for the close working relationship.

Laying credence to the ruling, he said, “After due consultations with my political associates, supporters, and well-wishers, I have decided not to appeal against the judgement. I accept the judgement,” he said.

“To my constituents, I thank you all for your unflinching support, loyalty and unreserved commitment to the course of building our people and Yobe North Senatorial District and indeed Yobe State.

“I want to assure you that I will continue to serve you in my personal and any other capacity at all times.

“We journeyed together for a long time, and this journey will remain a lifelong journey. It has been a wonderful relationship and it can only get stronger. I am indebted to you all.”

Lawan has been at the National Assembly since 1999. He won election into the Federal House of Representatives representing Bade/Jakusko federal constituency before winning election as a senator in 2007 to represent Yobe North Senatorial district.

He was elected president of the 9th Senate in 2019 after winning reelection under the platform of the APC for the second time.