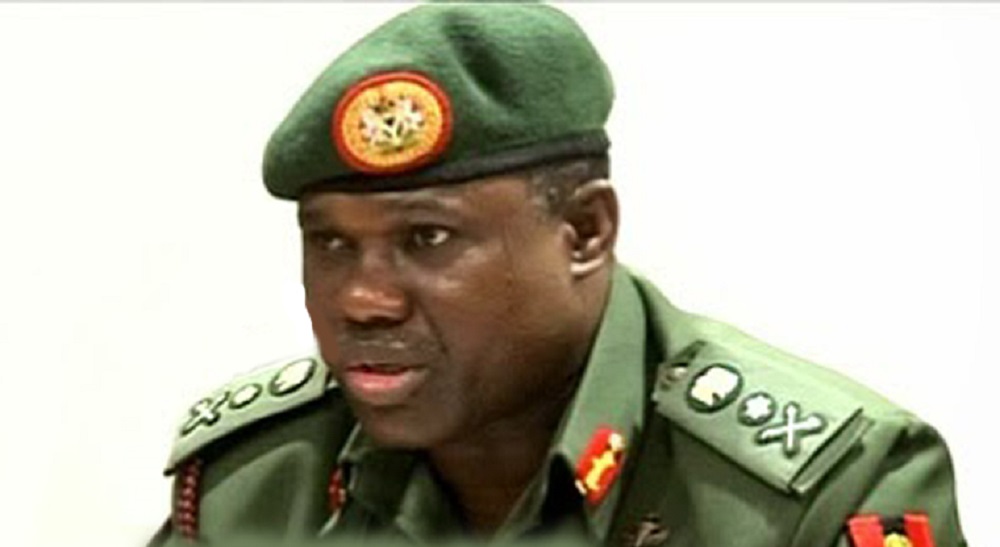 A judge of a Federal High Court sitting in Abuja, Justice Inyang Ekwo, has advised the lawyer representing a former Chief of Army Staff, Kenneth Minimah, to be serious on behalf of his client or else, the application he filed to stop prosecution by the Economic and Financial Crimes Commission, EFCC, will be struck out on the next adjourned date of March 23.

Minimah, Major General A. O. Adetayo,and Brigadier-General R. I. Odi, had in 2020 instituted a case before Ekwo, which among things, prayed for an order restraining the Attorney General of the Federation and the anti-graft agency from trying them at an FCT High Court on an alleged N13,798,619,309 misappropriation and criminal breach of trust belonging to the Nigerian Army.

Part of their arguments are that as army generals, they can only be arraigned and/ or prosecuted by a court martial within the NA.

But when the matter was called on Wednesday, Efut Okoyi pleaded with the judge for more time to enable him complete his amended processes.

He attributed the delay to one of his witnesses being indisposed.

“In the course of filing our amended statement of claims, one of our witnesses was indisposed. We brought this to the notice of the defendants. We are in the process of filing; We apologize, my lord, “he said.

But Ekwo wondered why an application that was brought since 2020 has taken almost two years and yet, the plaintiffs have not being able to put their house in order.

“You are not serious. I have told you how I feel. I don’t know how that feelings will manifest hereafter,” the judge reacted.

EFCC’s lawyer, Sylvanus Tahir, explained that he viewed the generals’ lawyer’s attitude as a “serious concern” because it is delaying their prosecution.

“They came with an exparte motion to restrain the EFCC from criminally charging them before the FCT high court. Time waits for no one,” he insisted.

However, the judge agreed to give the plaintiffs a grace of one month to do the needful.

“If on the next day, you come to court and say you have just served them (respondents) or you have served them seven days before the adjourned date, I will strike out this suit.

“Case adjourned to March 23 for hearing,” he said.

Speaking to the press, Tahir explained that so far, the antigraft agency ‘s investigation showed that they misappropriated over N13 billion and about N370 million have so far been recovered from them.
He accused the generals of claiming that they had a “non-prosecution agreement” with the EFCC