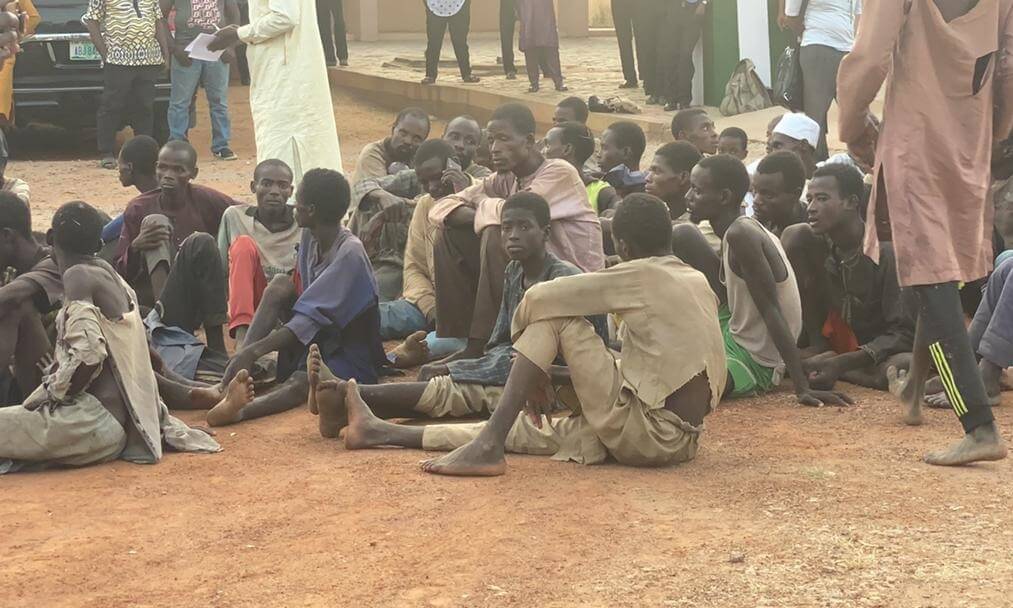 No fewer than 187 victims abducted from four villages in three Local Government Areas (LGAs) have regained freedom in Zamfara State.

They were reportedly rescued from the Tsibiri forest in Maradun LGA on Thursday through a joint operation led by the Police Tactical Team in the state.

The Zamfara police command in a statement said the development was as a result of the recent security measures adopted to identify the various hideouts of the bandits in the state, among others.

“The abducted victims who spent many weeks in captivity were unconditionally rescued following an extensive search and rescue operations (sic) that lasted for hours”.

The State’s Commissioner of Police, Ayuba Elkana, while handing over the rescued victims to the state government, said the recent security measures had witnessed the successful rescue of many abducted residents in the state.

“Similarly, Bandits and their collaborators have been arrested, some have been charged to court while others are undergoing discreet investigation at the State CID Gusau,” he said.

Elkana further assured that the Police and other security agencies will continue to put in their best to ensure the return of lasting peace and security in the state.

Recall that the command over the weekend said it rescued over 200 abducted victims in the state.

It also revealed that 21 bandits were arrested from different locations, five of which were killed and four attacks repelled within the same period.

The police attributed the achievements to the recent security measures taken by the state government.

Buhari To Receive Certificate Of Incorporation For NNPC LTD Today