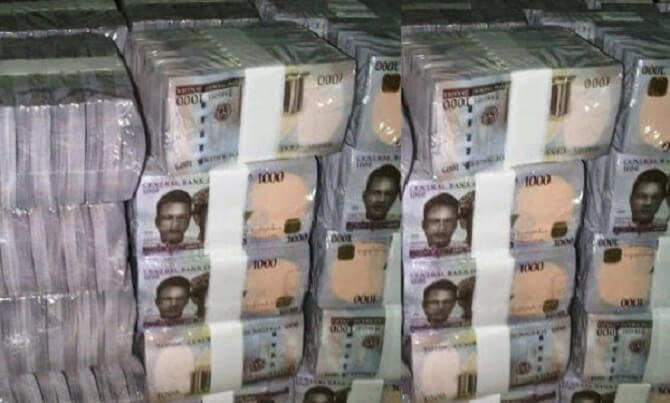 The trial of an employee of Zenith Bank Plc, Omotola Fawehinmi, who is standing trial for an alleged N700 million fraud, continued with the first prosecution witness, (PW1), Prosper Eyitayo, narrating how the defendant authorised the fraudulent transactions.

The Economic and Financial Crimes Commission (EFCC) is prosecuting Omotola before Justice Chuka Obiozor of the Federal High Court, Ikoyi, Lagos on a five-count charge of forgery and failure to carry out due diligence.

One of the counts reads: “That you, Omotola Fawehinmi , sometime in February, 2015 in Lagos ,within the jurisdiction of this honourable court, aided the forgery of a document titled “Transfer of funds via RTGS-1014152125,” dated 19th of June 2015 to the prejudice of Zenith Bank Plc, who in the belief that the said document was signed by Uka Chidi Udo, was induced to debit the account of Mobilng Huil Service Ltd to the tune of N394,916,175.66 (Three Hundred and Ninety -four Million, Nine Hundred and Sixteen Thousand , Sixty -six Kobo) and you thereby committed an offence, punishable under Section (C) of the Miscellaneous Offences Act. CAP M17 Laws of the Federation 2004.”

He pleaded “not guilty” to the charges when he was first arraigned on August 1, 2019, thus setting the stage for the commencement of his trial.

A statement issued on Thursday by the Media and Publicity unit of the commission, the EFCC said Eyitayo, who was led in evidence by prosecution counsel, Rotimi Oyedepo told the court that the bank received some instructions to debit the account of Mobilng Huil Services Limited with certain sums of money, which were confirmed by the defendant.

“In June 22, 2015, there was a debit in the account of Mobilng Huil Services Ltd in the sum of Three Hundred and Ninety-four Million, Nine Hundred and Sixteen Thousand, One Hundred and Seventy-five Naira, Sixty-six Kobo (N394,916,175.66).

“Also in September 2016, the sum of One Hundred Million (N100M) was debited from the account of Mobilng Huil Services Limited.

“All these transactions were confirmed and authorised by the defendant, Omotola Fawenhimi.”

Eyitayo further told the court that the defendant was no more in the services of the bank, adding that he had been dismissed because of a case of fraud that was perpetrated on an account he was managing.

The matter was been adjourned for continuation of trial.

NYSC: Corpers Give Buhari ‘Thank You’ Card For Payment Of N33,000 Monthly Allowance ﻿