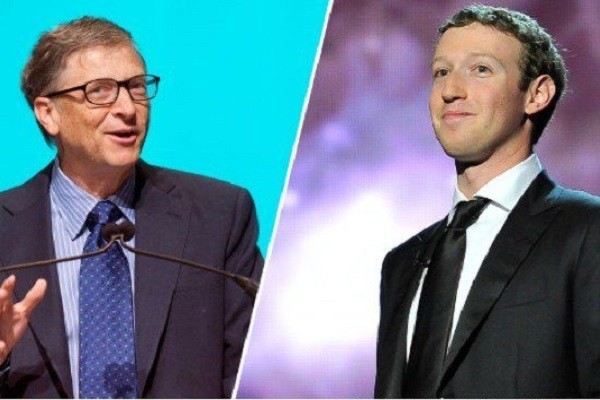 Facebook founder Mark Zuckerberg, Microsoft billionaire Bill Gates, and celebrities have thrown their weight behind the goal of bringing Internet access to everyone in the world by 2020.

The report had noted that hitting a target of four billion internet users five years from now, was unlikely to be achieved.

The report reckoned that 3.17 billion people (roughly 43 per cent of the population worldwide) were currently connected to the internet.

A statement signed by Zuckerberg and Bill and Melinda Gates reads;

“The Internet belongs to everyone. It should be accessible by everyone,” they said.

On a Facebook post, Zuckerberg said internet access is essential, noting that for every 10 people that are connected to the internet, about one person is lifted out of poverty.

He said, “The Internet is more than just a network of machines; it is the key driver of social and economic progress in our time.

“If we connect the more than four billion people not yet online, we have a historic opportunity to lift the entire world in the coming decades.”

Zuckerberg also pointed to the role of the Internet in empowering otherwise voiceless people in places such as Syria, where civil war is producing a refugee exodus.

“A ‘like’ or a post won’t stop a tank or a bullet, but when people are connected, we have the chance to build a common global community with a shared understanding — and that’s a powerful force.” he said.

He estimated that spreading the Internet could also bring affordable education to 600 million children who would otherwise go unschooled.

Other signatories included co-founder of Wikipedia Jimmy Wales and co-founder and global executive director of One, Jamie Drummond, who added that internet access is a catalyst to freedom, fairness, and dignity.

“Every country must now agree an urgent plan to implement the Global Goals, and mission-critical within those strategies is connectivity for all.

“The Pope and Malala have spoken eloquently about the one world and one family we’re all a part of, and the internet, at its best, facilitates that unity. But when three billion are left beyond the internet, they are left behind and left out of that family. That must change and fast,” he said.

In February, Facebook’s Internet.org app launched in India to offer free access to a set of websites for users in six states.

Zuckerberg had also announced plans that Facebook would open Internet.org to more websites, provided they are approved by the social network, and meet the necessary requirements.

We Are Solidly Behind Saraki – PDP