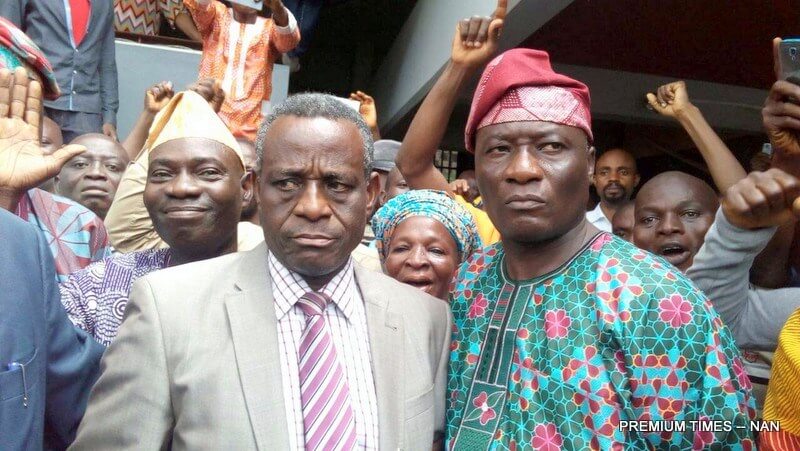 Mr. Elujoba and bursar of the university, Mrs. Aderonke Akeredolu, are standing trial for alleged corruption.

They are being prosecuted by the Economic and Financial Crimes Commission, EFCC on seven counts of stealing N1.4 billion from the university coffers.

In his ruling on Friday, Justice David Oladimeji granted bail to Mr. Elujoba on self-recognition, while the bursar was granted bail in the sum of N50 million and two sureties.

Meanwhile, there was wild jubilation at the court premises following the judgement as both workers and students chanted Elujoba.

The presiding judge, Justice David Oladimeji, ruled that Mr. Elujoba be remanded till July 19 when the case will be brought for hearing.

Workers and students protested over four hours, vowing to prevent anybody from taking Elujoba to the prison.

The judge eventually reversed himself and ordered that the former acting VC be taken back to the EFCC custody from where he was brought to court on Tuesday.