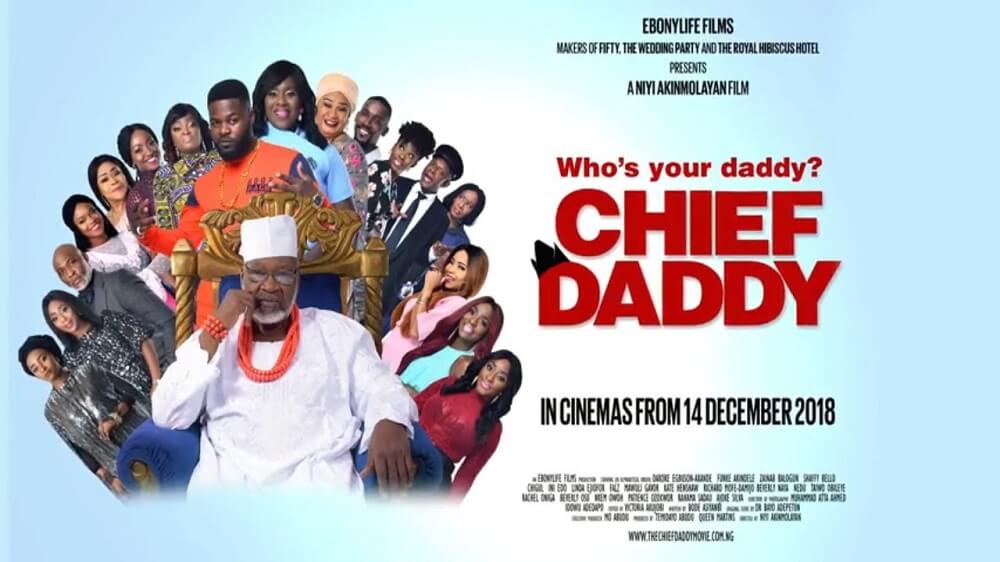 Nigerian entertainment industry is visibly improving by the day as it gains global recognition.

Genevieve Nnaji, reportedly earned $3.8million (N1,385,100,000) after Netflix bought her movie “Lion Heart” amongst other blockbuster movies getting millions from its project.

Below are the Top 5 Highest Grossing Nollywood Movies of all time… all directed and produced by Nigerians.

Lionheart is a 2018 Nigerian movie produced by Chinny Onwugbenu and directed by Genevieve Nnaji. It stars Pete Edochie, Genevieve Nnaji, Nkem Owoh, Jemimah Osunde, amongst others. The movie is currently the highest grossing Nollywood movie of all time.

“Chief Daddy” tells the story of billionaire industrialist Chief Beecroft, a flamboyant benefactor to a large extended family of relatives, household staff and assorted mistresses. Chief lives large, like there’s no tomorrow, until the day he dies suddenly and the ‘bullion van’ stops.

The movie focuses on Dozie’s (Banky Wellington) elder brother, Nonso ( Enyinna Nwigwe), who has continued his romance with Deardre (Daniella Down), Dunni’s (Adesua Etomi) bridesmaid. Nonso takes Deardre on a date in Dubai and proposes marriage by accident. After a disastrous traditional engagement ceremony in Lagos, Nonso’s family and Deardre’s aristocratic British family reluctantly agree to a wedding in Dubai.

King of Boys produced and directed by filmmaker, Kemi Adetiba made N226,144,653 million at the box office after remaining the No 1 movie for the third consecutive weeks.

Shehu Sani Teases APC Over Atiku’s Entry Into US