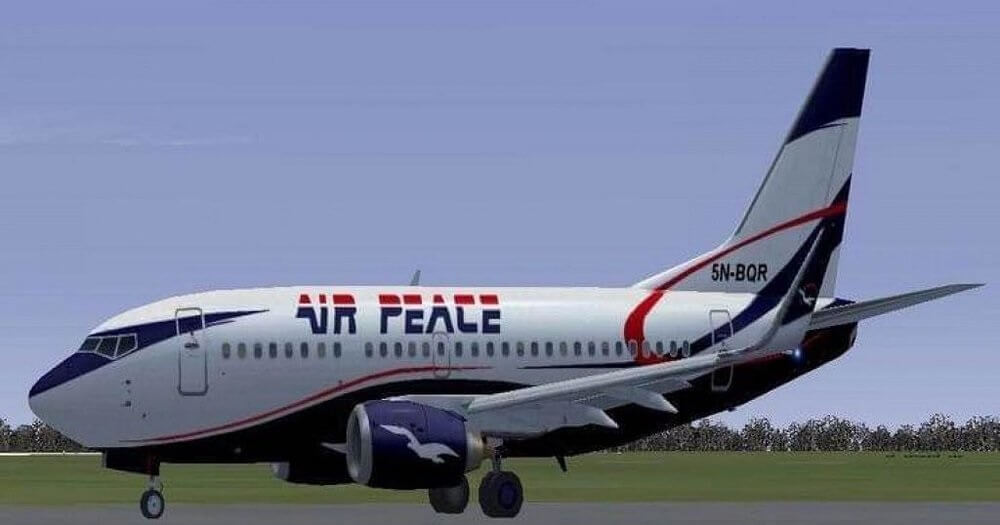 The airline, in a statement made available to newsmen, attributed the acts to bad weather. Our correspondent gathered that the disruptions had mainly affected passengers on southern and northern routes.

According to the company, “The flight disruption is due to a persistent poor weather, which adversely affects visibility in these cities.

“Our heartfelt apologises to customers whose flights have been disrupted as a result of this, and we crave their understanding.”

THE WHISTLER reports that the action of the airline was coming a day after one Barr Emeka Ugwuonye, founder of Due Process Advocates, said he was filing a suit against Air Peace for its insensitivity to its customers in Nigeria.
In the words of the lawyer, “Yesterday, after a court hearing in Abuja, I was billed to fly back to Lagos. I had a 4:25pm Air Peace flight. I got to the airport by 2pm. At the check-in counter, I was told that my flight had been rescheduled for 8:10pm.

“I had to wait at the lounge for the 8:10pm flight. I had to cancel my meetings with my staff in Lagos. At 8:10pm, Air Peace did not call for boarding. By 9pm, they announced that my flight had been moved again to 10pm.

“At this point, I tried to go back to Abuja town, as I felt it would be too late for me to travel from Lagos airport to my home in Ikoyi. However, Air Peace could not give me my luggage because they had flown my luggage to Lagos on the earlier flight they told me was delayed. So, I was forced to stay back at the Abuja airport.

“By 10pm, they announced that the flight has been moved again to 11pm. Finally, the 4:25pm flight took off by 11:43pm and we arrived in Lagos by 12:33am. I spent over an hour at the airport trying to find my luggage where the airline kept it. I went through an ordeal to get home by 3am.

“When I sat back and analyzed what happened, I saw a vicious airline operator which has total disregard for Nigerians and which could toy with my life and which put me through extreme pain and suffering. I became convinced that unless I drag Air Peace through the courts, it will continue in such vicious and abusive conduct.
“I have therefore directed our lawyers to start the process of suing Air Peace for damages. I believe this action will be in public interest.”

We Will Not Surrender Our Mandate To Police Force — PSC