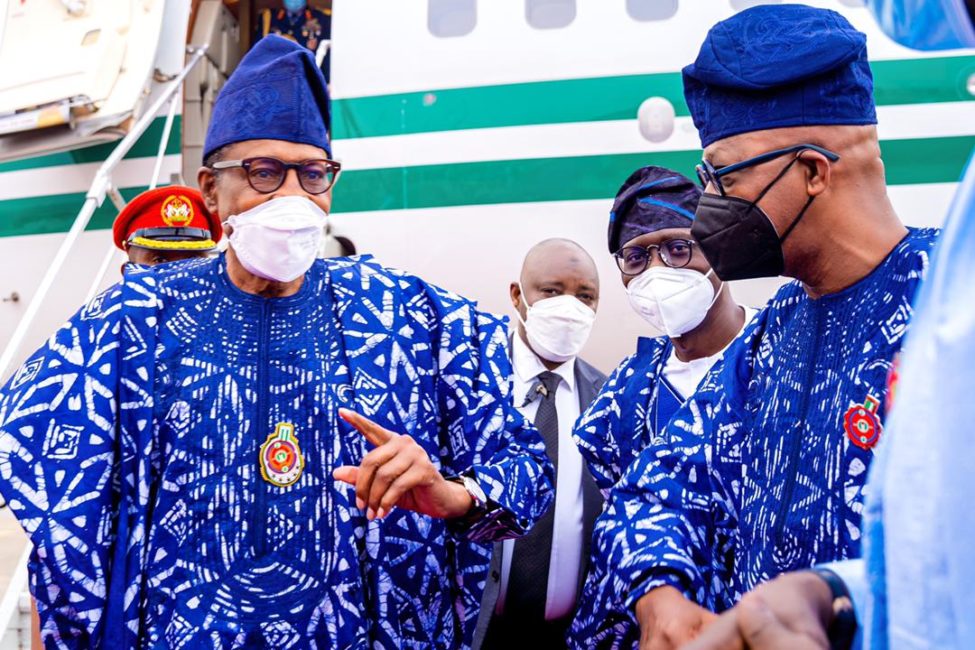 President Muhammadu Buhari arrived Ogun State on Thursday on a one-day official visit to commission some projects in the state.

Buhari, who dressed in flowing agbada made with the popular local “Adire” fabrics arrived at the Gateway City Gate Monument, Sagamu-Interchange-Abeokuta at 11.37 am in the company of Gov Abiodun.

The President, in the company of Governor Abiodun, commissioned the 14km Epe/ Ijebu-ode Express road in the state, Ogun Gateway City at Sagamu interchange and the 42km Abeokuta/ Sagamu road.

He also commissioned two housing projects of 527 units of a low and medium Housing Scheme at Kobape and t 83 duplexes at the Kings Court Estate at Oke Mosan in Abeokuta, the state capital.

Speaking during the town hall meeting, the President expressed satisfaction with the job being done in the state.

FG Appoints Paschal-Ejiogu Into NSIA Board

Again, Buhari Departs Nigeria For UAE Amid Concerns Over Omicron Variant Outbreak In…

2023: APC To Remain In Power As Long As Possible – Buhari