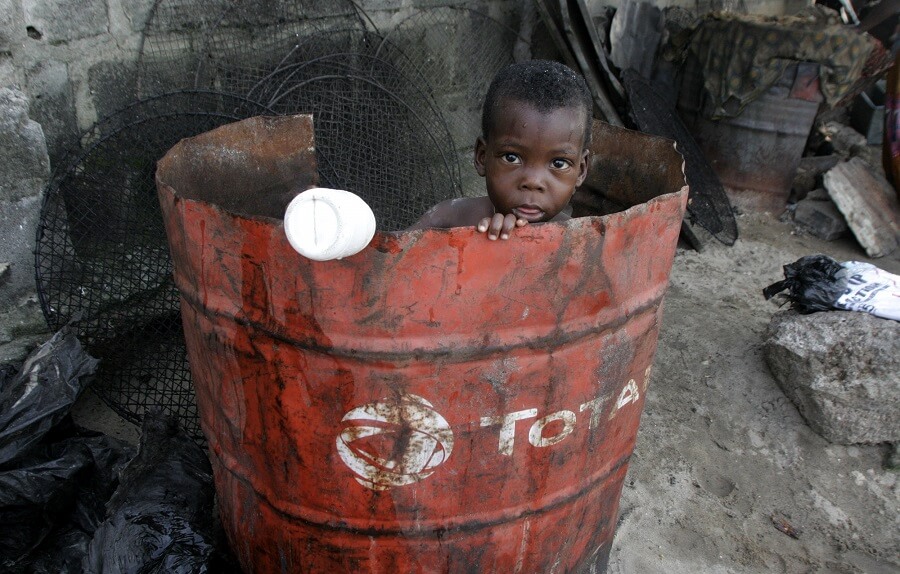 The grim specter of poverty in Nigeria will deepen by 2018 according to the World Poverty Clock (WPC) occasioned by rapid population rise.

According to the WPC, Nigeria will by February 2018 overtake India as the country with the most people in extreme poverty.

It is estimated that Nigeria currently has 82 million of its 180 million people living in extreme poverty, representing 42.4 percent of the country’s population.

The World Poverty Clock, a brainchild of the World Data Lab, tracks poverty estimates in about 99.7 percent of the countries in the world, using data obtained from the International Monetary Fund, World Bank, United Nations, and the governments of these countries. Using this data, it estimates the rate at which poverty is being reduced globally, and also how many more people are becoming extremely poor in these countries.

Despite Rise In Poverty Index, Buhari Says He Remains Confident To Lifting 100 Million Out Of Poverty

For Nigeria, its problem is its population. Nigeria’s population is growing faster than its economy. Between 1990 and 2013, Nigeria’s population increased by 81 percent. By 2050, going by the speed of its present population growth rate, Nigeria will be the third most populous country in the world. By passing the 400 million mark, it will be taking over from the U.S.A. and be only behind China and India.

On the contrary, in recent times, Nigeria’s recent dwindling oil wealth due to the global oil price reduction, with oil being the mainstay of its economy, meaning its oil-dependent GDP would be affected too. The country’s economy was hit hard by the recent recession in the country. IMF projects GDP to rise by only 0.8 percent in 2018, after the recession since 2016 had slowed down the economy.

However, this wouldn’t be an accurate measure of the welfare of the average Nigerian. What would be accurate to measure the economic growth as compared to its growing population will be the wealth distribution. More wealth is concentrated with the elites, despite the country’s oil wealth, than among the people. Those who have access to this oil wealth through politics have been the major recipients of the wealth. The high rate of unemployment, endemic corruption, the lack of basic social amenities for millions of people, the difficulty in doing business and the millions living in poverty are all consequences of the huge inequality in Nigeria.

Hence, Nigeria’s rising extreme poverty numbers isn’t unexpected. Instead, it’s a direct result of years of negligent and ineffective government policies. Its dependence on oil for years and an inability to generate non-oil revenue has led it to this. Even now, Nigeria’s 2018 record budget is running on a deficit and will be funded by much borrowing with government debts also on the rise. It would be extremely difficult for the country to meet that 1st goal of the SDGs, which all the other goals are more or less dependent on.

The solution to this problem would be the formation of a credible policy aimed at eradicating poverty. The clock is ticking.