Superhighway: Funding Not A Problem -Ayade 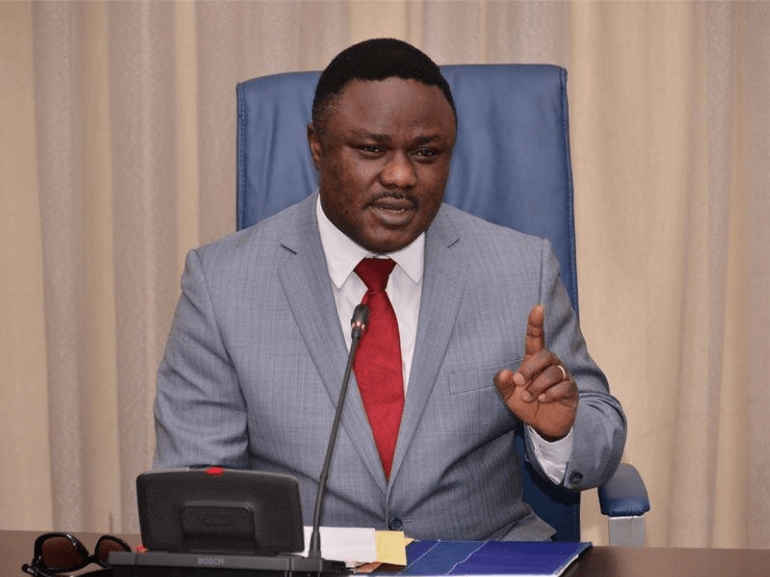 Following the approval of the Environmental Impact Assessment (EIA) report for the 275kms Bakassi-Katsina-Ala superhighway by the Federal Ministry of Environment, Cross River State governor, Prof Ben Ayade, has assured that funding the project would not be a problem.

The governor gave the assurance shortly on arrival at the Margaret Ekpo International Airport, Calabar from Abuja.

“As you all know, we got N4.3billion in the last three months as federal allocation, an indication that it is impossible for us to pay salaries, but we have continuously paid salaries, for which my colleagues embrace me and say, ‘you are a magician because we don’t know how you are doing it.’ Cross River will not only pay salaries, we will construct the superhighway and the deep seaport,” the governor said.

Displaying a copy of the approved EIA to journalists, the elated Ayade said: “We are creating a new economic structure that will redefine Nigeria and take advantage of the huge mineral resources that we have in the Middle Belt of the country. We are heading for an explosion and what Cross River will be in the next three years, you will never believe it.”

According to the governor, “now the question comes, where will you get the money? Please leave that to Ayade,” adding that “impossibility actually is a giant coward, but for sure, and surely, when you bring the intellectual architecture into it, impossibilities will disappear.”

Lauding critics and detractors who did everything to frustrate the project, Ayade said: “By so doing, they made us to go to the drawing board to bring the best of our most celestial intellect, put it on course to ensure that this works.”

According him, “For those who thought that it was impossible to get an approval for the superhighway, for those who fabricated stories that the whole idea of the superhighway was intended to go into deforestation, they will see construction work that will start.”

Insisting that he was never daunted by the delay in approving the EIA, he said: “I wasn’t daunted because as a professional, I knew we were within the time frame, but because it was already overtaken by political clowns, we started having a different impression.”

Ayade, however, said: “We must put God at the centre of all of it because it is only God who knows our heart, knows the purity, commitment and the accumulated prosperity that will come with this project. I am also sure that it is at the behest of God that it came on the day it did.

“I must single out President Muhammadu Buhari and the Acting president, Yemi Osinbajo for keeping faith and seeing the deep vision of the project. The Federal Ministry of Environment also deserves a pat on the back for painstakingly going through every single correction and coming out with an approved document to kickstart the project.”

Ayade also applauded his deputy, Prof Ivara Esu, the government and engineering teams for assiduously working for the achievement of the EIA.