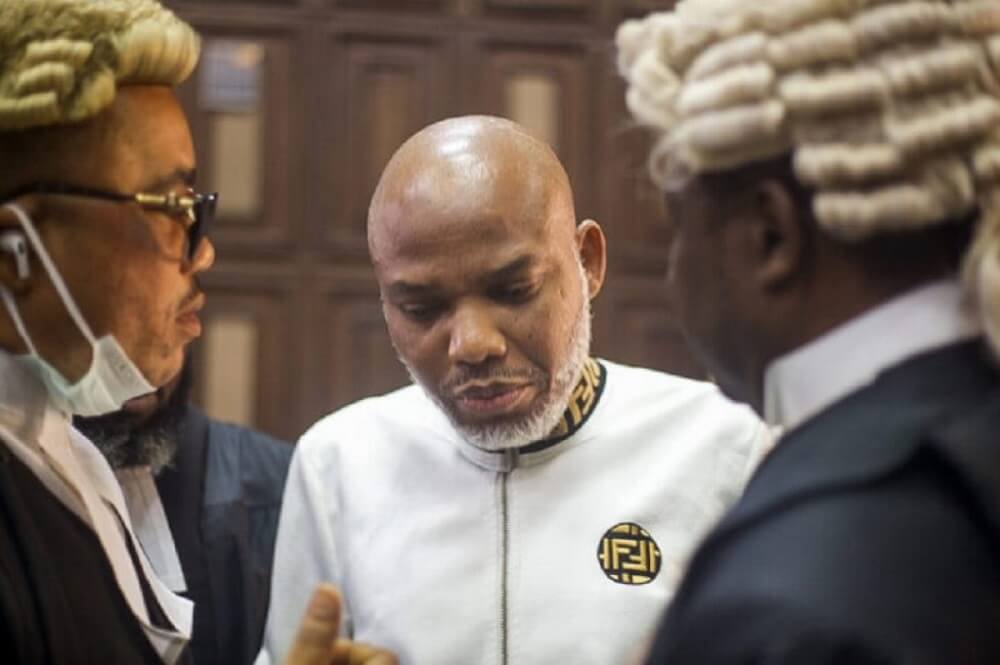 Moments after an Abuja Federal High Court denied him bail, the leader of the Indigenous People of Biafra (IPOB), Nnamdi Kanu bail, has sued for peace and called for calm in ‘Biafraland’.

Kanu made the call in a video shared by a Facebook user on Tuesday.

The IPOB leader said that he was not disappointed by the court’s decision to deny him bail, saying he expected it.

Kanu urged the people fomenting trouble in the South East to eschew violence as his fight is to defend his people and not kill them.

“I want our people to be very calm, we want Biafra Land to be calm and very peaceful. We are fighting to defend our people, not to kill them.

“We are fighting to defend them, that’s why I’m here and we will continue to do so until we get victory.”

This may be the first time the IPOB leader is directly calling for peace in the troubled South East region since his second arrest and detention last year.

His previous communications have been through his attorneys and people who visited him in the Department of States Service (DSS) custody.

The South East has been witnessing attacks from suspected members of IPOB and the Eastern Security Network (ESN), including the destruction of security and government facilities, kidnapping, and killing of people.

Also, IPOB had been declaring sit-at-home in the region in a show of solidarity with its embattled leader.

THE WHISTLER reported on Tuesday that Justice Binta Nyako denied Kanu’s bail application on the grounds that it constitutes an abuse of court process because she had already refused an earlier bail for the IPOB leader and added that his lawyer may appeal the ruling if he wishes.