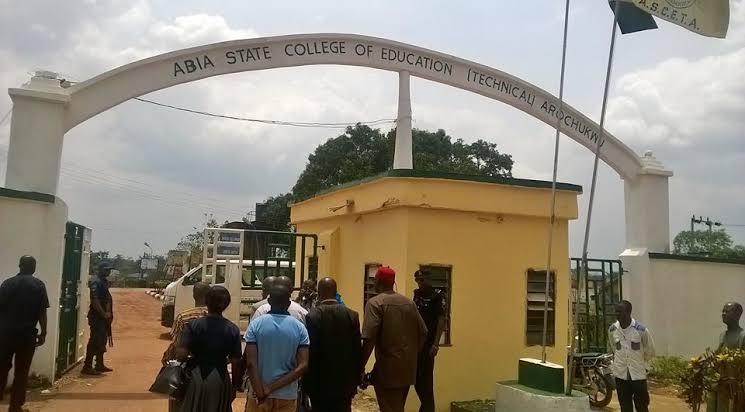 Authorities at the Abia State College of Education Technical Arochukwu (ASCETA), are feeling the heat generated by its inability to clear a backlog of staff salaries.

An aide of the provost of the institution, Onoh Chukwuma Richard, who spoke to THE WHISTLER on Tuesday, said the strike by staff of the school was regrettable, stressing that the institution was making effort to ensure salary arrears are cleared.

Staff of the school staged a peaceful protest in Arochukwu on Monday to pressure the state government to pay 31 months salary arrears.

The staff, led by the Kelvin Onyema, said the protest would be taken to the state capital Umuahia next week.

He said the staff were protesting 31 months salary arrears and the non-implementation of the salary structure that had been in existence since 2011.

But speaking to THE WHISTLER, Richard admitted the institution was owing 31 months salaries but asked for understanding and more patience.

Onoh: The months as stated are correct but not sequentially by months as large chunks were inherited by his administration.

Richard said, “The staff of the college is being owed for 31 months but it’s not sequentially as they were paid 10 months last year and 2-3 months this year. The backlog of salaries were mostly inherited by the present administration and the provost has always prioritized the staff welfare by using every channel available to ensure that they are paid.

“This is to debunk insinuations from certain quarters that the provost frustrates every effort of the college labor union to peaceful protest.
If there is one demand of the Provost to the government of Abia State, then it’s salary! Salary!! Salary!!!”

He said the provost has been on ” the neck of the state government for staff salaries to be paid.”

He said the management was also unhappy with the situation and urged the staff to exercise more patience.