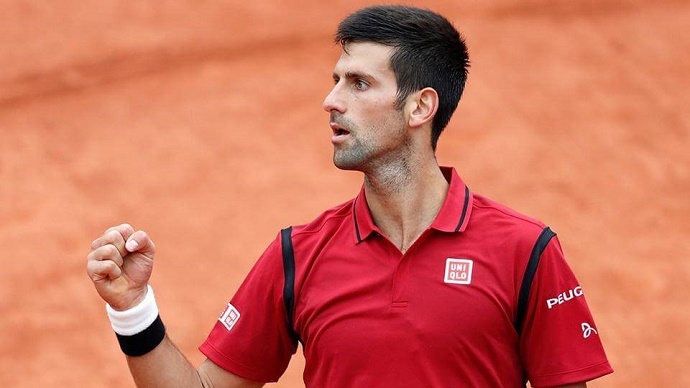 ‎The Serb becomes the first man since Rod Laver in 1969 to hold all for majors at the same time.

He is also the 8th man after Perry, Budge, Emerson, Laver, Agasi, Federer and Nadal to complete a career Grand Slam and the fifth in the open era

Speaking after the game, the relieved Djokovic who added the French Open title to his Australian Open, U.S Open and Wimbledon titles said: “It’s a very special moment, the biggest of my career.

“I felt today something that I never felt before at Roland Garros, I felt the love of the crowd.”

Djokovic imitated former three-time champion Gustavo Kuerten by drawing a giant heart in the Paris clay before collapsing inside it.

“I drew the heart on the court, like Guga who gave me permission to do. My heart will always be with you on this court.”

He now has stretched his victory over Murray to 24-10 overall and 8-2 in Grand Slams.

Muhammad Ali: Obama Leads Tributes To One Of The Greatest Sportsman