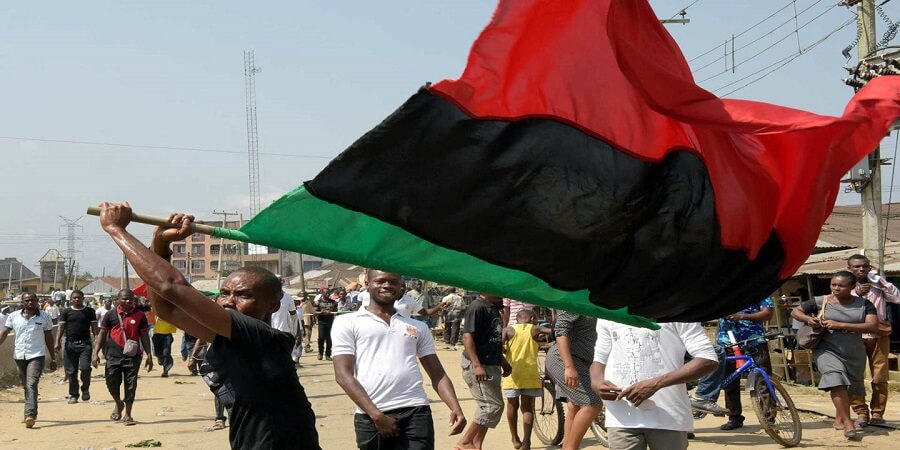 The Biafran National Guard (BNG) has claimed responsibility for the attack at the Abia State Police Headquarters in Umuahia where an officer was killed.

Unknown gunmen had on Monday attacked the police headquarters killing an officer who was on guard at the gate.

The group in a statement on Tuesday by its Head of Media, Elemamba Eberechukwu, said BNG attacked the headquarters to arrest the Commissioner of Police, Janet Agbede, for her to explain alleged killing of Biafrans.

The group, which vowed to avenge the killing of Igbos, reiterated that it had declared war on the Nigerian government and would not mind to eliminate anybody or any group that comes their way.

Part of the statement reads,”The people of Biafra should not panic; everybody should remain calm because we are on top of the situation. It is a gradual process; we will protect our people from the terrorists terrorizing them. We have seen enemy soldiers burning down houses, shops and killing innocent Biafrans. We will work harder to protect our people from the occupational soldiers.

“Finally, Biafra is a sovereign state and we will not hesitate to stamp our sovereign authority. The first line of that sovereignty is the defense of our lives being taken at will by the occupational forces of the federal government of Nigeria. We will not relent until there is peace and safety of lives in our land.”