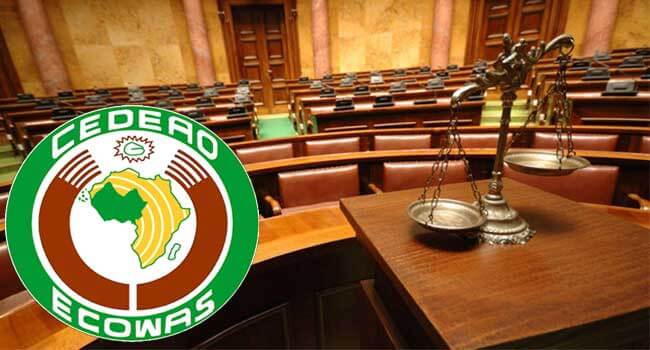 The ECOWAS Court of Justice is set to hear arguments in cases against Niger and Guinea for alleged violations of human rights.

In October 2018, two NGOs, MDT in Guinea and Réseau DH-Gouvernance in Niger, in partnership with ACA and other members of the Public Interest Lawyering Initiative for West Africa (PILIWA), filed complaints at the ECOWAS Court of Justice: one for the victims of the Zoghota massacre in the forested regions of southern Guinea, and the other for several families whose land was illegally expropriated by the government of Niger.  After more than a year, the plaintiffs’ arguments are finally being heard in open court.

In the Guinea case, the plaintiffs accuse the State of having ordered and facilitated murder, arbitrary arrest, torture, destruction of private property, arson, and other abuses against the people of Zoghota community.  On the night of 4 August 2012, just after midnight, agents of the Guinean security and defense forces attacked Zoghota Village, firing at random, killing six residents, wounding several more, burning homes, and arresting and torturing several people.

This attack came in retaliation against demonstrations by communities who opposed the abusive practices of the international mining consortium Vale-BSG, which had committed violations of their fundamental rights and failed to ensure that the communities benefited from mining activities.  But to date, Guinea has failed to investigate or hold anyone responsible.  Pépé Antoine Lama, lawyer for the victims and the Acting President of MDT, explained:

For us, this trial is an important step toward justice for the Zoghota massacre victims and the end of impunity for the Guinean government.  We filed complaints against five commanding officers in the Guinean security forces immediately after the massacre and added claims against Vale-BSG in September 2018 for giving material support to the security forces who committed the massacre.  But the Guinea justice system has made little progress towards holding anyone accountable.  The victims demand justice.

It is clear that Guinea has failed in its duty to investigate and render justice.  Kpakilé Gnadawolo Kolié, one of the plaintiffs and a representative of the victims of the Zoghota massacre, said:

For more than seven years, we waited for the case in Guinea to go forward, and we’d completely lost hope.  But now that we’re here, I can allow myself to hope again.  We’re relying on the ECOWAS Court of Justice to vindicate our rights, and I’m optimistic that justice will be served for us.  The Court should require the Republic of Guinea to find and prosecute the perpetrators of the massacre.

I give my heartfelt thanks to our lawyers at MDT, to ACA, to Jonathan, and to Lalla.  Without you, this case would never have gone forward.  We have confidence in you.

In the Niger case, the plaintiffs allege that the State violated national laws as well as international standards on the right to property when it took land in the fertile valley of Gountou Yena that was the residents’ sole source of livelihood, without prior consultation or compensation.  Their land was then given to a Nigerian company, Summerset Continental, for the construction of a luxury hotel.  The State took unjustified administrative actions to revoke and retroactively cancel the property rights that it had previously recognized as belonging to the families of Gountou Yena.

“We are convinced that the ECOWAS Court of Justice will render justice to these families whose ancestral land was illegally expropriated, and who have lost faith in the process of justice in Niger,” declared Idrissa Tchernaka, counsel for the victims and President of the Réseau DH-Gouvernance (Human Rights and Governance Network).

In spite of a local judge’s order requiring the company to stop construction while the land dispute was pending in court, the Nigerien state provided military and police force to Summerset Continental to expel the residents and destroy all homes and building on the site.  According to Seydou Mamane Hamidou, a plaintiff and representative of the families of Gountou Yena:

Under the protection of the security forces, bulldozers sent by Summerset Continental destroyed everything in just a few hours.  They razed all our fruit trees, vegetable gardens, crops, temporary structures… nothing was left.  We lost everything and received nothing for our losses.  We seek the restitution of our lands or just compensation.

“The members of PILIWA hail the opening of this trial and hope the judges of the ECOWAS Court of Justice will render justice for communities that are traumatized by the actions of governments that prioritize the interests of foreign companies over the rights of their citizens,” said Barr. Chima Williams, the spokesperson for PILIWA.  “We hope for a swift decision from the Court that soothes the suffering of the plaintiffs,” said Jonathan Kaufman, Executive Director of ACA.