EFCC Disowns Alleged Photo Of Obi Cubana With Its Staff 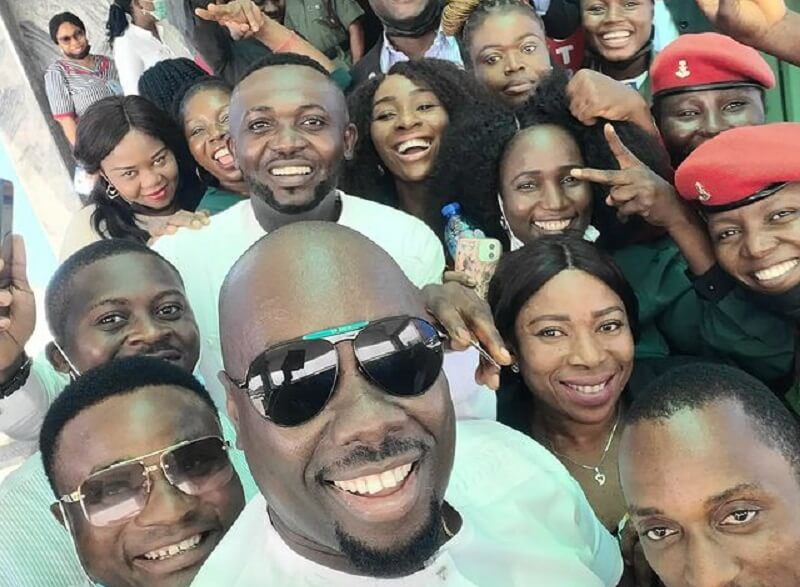 The Economic and Financial Crimes Commission (EFCC) has disowned a photo purporting to show the moment members of its staff rallied around popular businessman, Obinna Iyiegbu alias Obi-Cubana, at the commission’s headquarters in Abuja.

Speaking in a statement, the EFCC’s spokesperson, Wilson Uwujaren, said “EFCC, wishes to disclaim a trending photograph in the social media purported to have been taken by socialite Obi Cubana in the premises of the Commission, crowded by people described as staff of the EFCC.

“The said picture captioned: EFCC Crew poses for quick photograph with billionaire socialite and businessman, Obi Cubana, was not taken in EFCC facility and the people therein are unknown to the Commission.

“The Commission warns the public not to be misled by another mischievous stunt by Cubana’s publicists”.

Meanwhile findings by THE WHISTLER showed that the said photograph of Obi Cubana was taken on October 7 at the Nigerian Army Resource Center, IFPO Certification Training, Mambila Barracks, Abuja.

Recall that Obi-Cubana was on Monday detained by the anti-graft agency over allegations of money laundry and Tax fraud.

He was, however, released on Thursday by the EFCC.