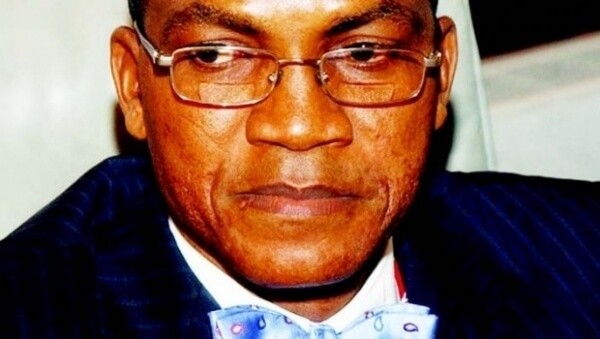 The oil price crash hit Nigeria hard. The country’s revenue fell, affecting the funding of critical infrastructure. The Debt Management Office (DMO) has risen to the challenge, issuing bonds to fund such projects in the 2016 budget. Will local investors take a cue from DMO? COLLINS NWEZE writes.

32
SHARES
ShareTweetSubscribe
#mc_embed_signup{background:#fff; clear:left; font:14px Helvetica,Arial,sans-serif; width:90%;} /* Add your own Mailchimp form style overrides in your site stylesheet or in this style block. We recommend moving this block and the preceding CSS link to the HEAD of your HTML file. */ (function($) {window.fnames = new Array(); window.ftypes = new Array();fnames[0]='EMAIL';ftypes[0]='email';fnames[1]='FNAME';ftypes[1]='text';fnames[2]='LNAME';ftypes[2]='text';}(jQuery));var $mcj = jQuery.noConflict(true);

For Nigeria, the worst era seems over. That was last January when crude oil price touched nearly $25 per barrel, with little hope that it would rebound. But the black gold has inched up slightly, touching $41 per barrel last March 30.But, there is still a decline on large chunk of government revenues. Low crude oil prices meant that the government must borrow to realise its spending plans.

In 2005, Nigeria struck a deal with Paris Club lenders to write off over half of the country’s $30 billion debt. Since then, the government’s debt has crept back up, but it remains relatively low as a percentage of its Gross Domestic Product (GDP).

Oil revenues from oil have dropped, and the only way to fund over N1.84 trillion deficit in the N6.06 trillion 2016 budget is through the issuance of the Federal Government of Nigeria (FGN) Bonds as being done by the Debt Management Office (DMO).

The DMO Director-General, Dr. Abraham Nwankwo explained that a bond is a loan and the investor or holder of the bond is the lender. “When you purchase a bond, you are lending money to a government, local government council, state government, federal agency or a corporation, known as the issuer. The government uses it to fund budget deficit, for instance, or to build roads, electric power stations, finance factories, among others. When you purchase a bond, in return the issuer promises to pay you a specified rate of interest during the life of the bond and to repay the face value of the bond (the principal) when it ‘matures’,” he explained.

The debt office said when investors buy FGN bonds, they are lending funds to the federal government for a specified period of time. “The FGN bond is considered as the safest of all the investments because it is backed by the ‘full faith and credit’ of the government. They have no default risk, meaning that it is virtually certain your interest and principal will be paid as and when due. The income you earn is exempted from state and local taxes,” it said.

It added that the government-sponsored enterprise bonds help support project relevant to public policies, such as helping certain groups, such as farmers, homeowners, students, etc to raise money for financing specific projects. These bonds do not carry the full-faith and-credit of the government. The investors are likely to hold them in high regard because they have been issued by a government agency.

However, corporate bonds are debt obligation issued by private or public corporations. The corporations use the funds for building facilities, purchase of equipment to expand the business, among others. “When investors purchase corporate bond, the corporation promises to return your money, or principal at maturity date, but they are being paid interest semi – annually,” he said.

He continued: “FGN bond fosters economic development by promoting the use of long-term funds for long-term investment in the economy. It serves as an efficient way of mobilising domestic financial resources for productive investment in a non-inflationary manner. It also allows self reliance of the country by reducing over reliance on short-term borrowing from the Central Bank Nigeria (CBN) & commercial banks while providing a basic infrastructure for the development of the financial system and the overall economy,” the DMO said.

Analysts and economists have continued to speak on the impact of buying FGN Bonds on the economy. Currencies Analyst, Ecobank Nigeria, Olakunle Ezun, said there is need for Nigerians to key into the government bond for infrastructure project by investing heavily in local bonds. He explained that the DMO works closely with the Federal Government to manage the national debts, adding that the government is regarded as the issuers of the bonds, while the buyers are seen as investors.

Ezun told The Nation that the FGN Bonds have the full credit of the Federal Government, and that the bond issuance option is far better than printing money to meet developmental needs of government. “It is not advisable for government to print money to meet developmental needs. And it is advisable that the citizens invest in FGN bonds, which are safe, profitable and deepens the local bond market,” he said.

For him, although funds from the domestic bond market are more expensive than the international bond market, investing in the local bond market is in the best interest of the economy.

The FGN Bonds, he added, help the government funds its deficits in a non-inflationary manner while providing benchmark yield-curve for pricing other securities/bonds. It also engenders rational management of government’s fiscal and monetary operations.

Chief Executive Officer, Nextnomics Advisory, Dr. Temitope Oshikoya, said the government needs to borrow N900 billion through local bond issuance to fund the budget. He said the DMO would be involved in the exercise, adding that the practice where banks end up buying up the bonds instead of lending their deposits to customers is not the best for the economy.

Oshikoya explained that FGN Bonds serve as risk-free investment with tax-free income. The bonds provide relatively high and stable returns while the principal element (collected at maturity) can be used as collateral for securing credit facilities from banks. Also, bond holders, who want cash, can trade the bonds on the floor of Nigeria Stock Exchange (NSE) for immediate cash before maturity even as it qualifies as liquid assets for banks from two years to maturity.

He said if the debts are well spent, they help to boost liquidity in the economy and investment in key sectors, such as Agriculture, Mining among others.
2016 Budget

A large part of the budget focuses on funding infrastructure, which entails the provision of tangible assets such as housing, power (electricity), transport, education, communication and technology, on which other intangibles can be built on. It also seeks to protect the poor with a social safety net including scholarships and food provision in schools.

The budget has revenue projection of about N3.86 trillion, with oil related revenues expected to contribute about N820 billion or 21 per cent, while tax collection and public expenditure reforms in Ministries Departments and Agencies (MDAs) will account for the rest.

The budget is clearly consistent and is part of the three-year Medium Term Expenditure Framework (MTEF). It seeks to stir Nigeria off the path of oil dependence. It hopes to achieve this through a focus on non-oil revenues by broadening the tax base and improving the effectiveness of our revenue collecting agencies. However, the renewed drive to boost non-oil revenues may not be sufficient to cover the gap from low oil revenues.

The budget has a deficit financing that requires an additional N1.84 trillion for capital expenditure, which must be funded through borrowing from local and international markets through the supervision of the debt office.

Nwankwo said Nigeria’s low debt to Gross Domestic Product (GDP) ratio means the country can borrow more to fund budget, infrastructure and other essential projects that will stimulate the economy and create jobs for the citizenry.

The DMO is expected to source the additional N1.84 trillion for capital expenditure, N984 billion of which will come from local investors and N900 billion from international investors.

Rewane said significant spending on infrastructure and security would complement reforms in agriculture and solid minerals.

Infrastructure needs
The Africa Infrastructure Country Diagnostic (AICD) report for 2011 estimated that Nigeria requires sustained spending of $14.2 billion per annum over the next decade in order to address the infrastructure challenge.
The above scenario, clearly shows that as a result of the huge funding requirement for present and future infrastructural development and its attendant impact on survival and growth of businesses in Nigeria, traditional funding methods can no longer suffice as the traditional fund providers, various levels of government, do not have such resources at their disposal. Therefore, debts may simply be the solution to bridging the infrastructure funding gap.

Bond issuance option
The DMO captures the benefits of using debts to fund projects more succinctly. “If you want to build a railway line from Lagos to Aba, there are two options. Firstly, you can save the money for 10 years, before starting the project. The second option is to borrow and build the railway, and within 10 years, generate enough revenue to offset the debt,” DMO’s head, Policy Strategy and Risk Management, Joe Ugolala said.

The second option, according to him, is more plausible as it captures the inherent benefits of borrowing to build infrastructure that is in the interest of the economy. He explained that for one to borrow, there must be that inherent capacity to repay, whether the debt came from internal or external sources.

He explained that the Federal Government has the capacity to borrow from outside to fund the budget, and support specific projects including infrastructure. He said there was so much demand for infrastructure because of its immense benefits to the economy.

Speaking on external and domestic borrowing guidelines for the Federal and state governments and their agencies, he explained that the National Assembly has a role to play in government’s borrowing plan.

Firstly, the National Assembly is to approve the borrowing programme for every succeeding year and approval of overall limits, for the amounts of consolidated debts of the Federal, State and Local Governments, to be set by the President on the advice of the Minister.

Other borrowing guidelines
The National Assembly is expected to grant prior authorisation in the appropriation or other Act or Law for the purpose for which the borrowing is to be utilised. “The Federal Government may borrow from the capital market, subject to National Assembly’s approval. Government at all tiers shall only borrow for capital expenditure and human development on concessional terms,” the debt guidelines said.

However, the borrowing proposal must be submitted to the Federal Ministry of Finance and the DMO for consideration, and must state the purpose for which the borrowing is intended and its link to the development agenda of the government.

It must also state the cost-benefit analysis showing the economic and social benefits to which the intended borrowing is to be applied; cash-flow statements of the Ministries, Departments and Agencies (MDAs), to ascertain their viability and sustainability. There must also be copies of the state’s Executive Council’s approval and the resolution of the State House of Assembly.

7 Ways You Are Harming Your Body Eating Too Much Protein