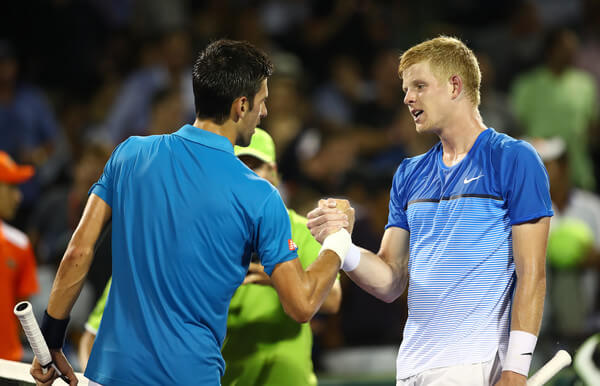 He will play David Goffin in the next round after the Belgian’s 7-5 6-3 win over Robin Haase of the Netherlands.

“It was a great experience to beat Novak, he is a legend of the game,” Edmund told Sky Sports.

“It’s time to try and beat these guys and I was pleased how I managed my game.”

The pair traded breaks to begin the match before a double fault by Djokovic, currently ranked 12th in the world, handed Edmund the initiative.

The Briton closed out the first set but a scrappy second, with Edmund hitting 10 unforced errors to Djokovic’s three, allowed the former world number one to force a decider.

After breaking the two-time Madrid champion in the third, Edmund saved three break points before serving out the final set to progress.