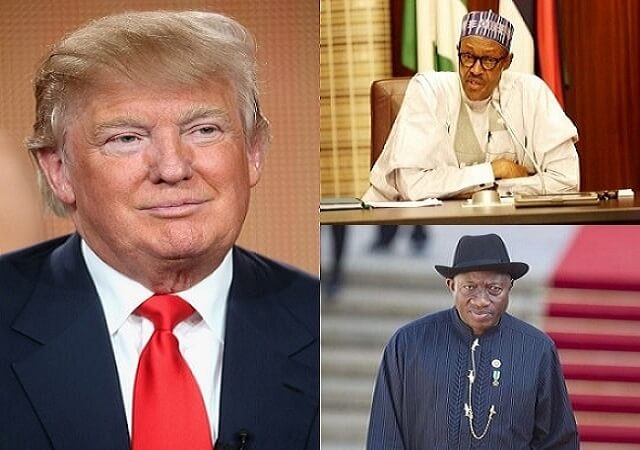 The Donald Trump-led United States Government has finally sold 12 Super Tucano A-29 planes and weapons worth $593 million to the Nigerian Government.

This comes after the Barack Obama administration turned down Goodluck Jonathan when the ex-Nigerian President made efforts to acquire arms from the U.S to fight insurgency in the country.

The Obama administration had in 2014 placed restriction on sale of arms to Nigeria due to alleged human right abuses by the country’s military.

Reuters, however, reports that the Pentagon on Monday notified the US Congress of the arms sale to the President Muhammadu Buhari administration.

Built by Brazil’s Embrae, the Super Tucano A-29 has attack capabilities as well as reconnaissance and surveillance features.

Meanwhile a former top expert of the US state department, Matthew Page, had indicted the Buhari administration of grossly violating human rights.

Page had equally claimed that the Nigeria Air Force officer who, under the Buhari administration, negotiated the arms sale with U.S in July 2015 was “charged with corruption”.

This, however, did not stop the U.S government from approving the sale of arms to the current administration.

The expert had said, “The Department of Defense will soon notify Congress it plans to sell 12 A-29 Super Tucano light attack aircraft to Nigeria. Both countries hope that the propeller-driven warplanes — tailored for counterinsurgency operations — will bolster Nigerian efforts to combat Boko Haram, one of the world’s deadliest terrorist groups. U.S. policymakers also want the sale to be a visible symbol of their strong desire to do more to help Nigeria combat terrorism.

“Unfortunately, the sale will be a Pyrrhic victory for five reasons: It is way too expensive, it undermines U.S. corruption policy, it overlooks recent human rights abuses, it won’t help Nigeria fight the Boko Haram of tomorrow, and it won’t foster closer defense cooperation,” said Page.