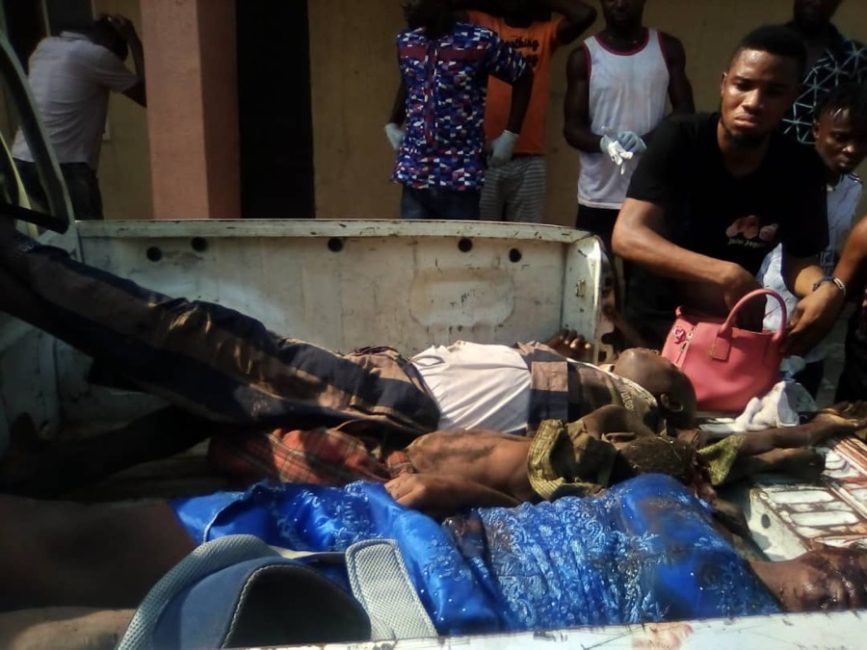 Four persons were killed in a road crash on Sunday along Ihiala-Onitsha expressway in Anambra State.

A source from the Federal Road Safety Commission, Anambra State Command, told our correspondent that four persons lost their lives while twelve were injured.

An eyewitness stated that the accident occurred when the trailer lost its brake at a police checkpoint.

The witness said, “The driver sighted the police checkpoint, matched his brake, which failed him, and he rammed onto the two buses being checked by the policemen in front of him as a result of the brake failure.”

Meanwhile, the injured persons were taken to Our Lady of Lourdes Hospital, Ihiala, for medical attention while the corpses of the dead were deposited at the morgue of the same hospital by the FRSC rescue team.