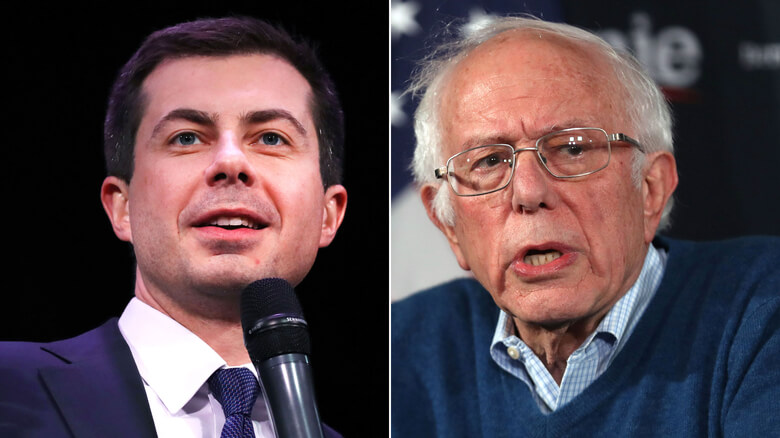 United States Democratic voters trooped out at New Hampshire to give Bernie Sanders the victory ahead of Pete Buttigieg (the first openly gay major-party presidential candidate), in view of the presidential elections in November.

Sanders led  Buttigieg, the 38-year-old the former mayor of South Bend, Indiana, with over 4,000 votes, after nearly 280,000 people casted their votes on Tuesday.

Recall that Pete slightly lead the Iowa Democratic Party caucuses a week ago, despite widespread criticism of the results which the Iowa party officials attributed to a “reporting issue”.

He also hinted that his administration would be a big win for the gay community.

“But the fact that I am standing here and my husband is watching right now is just an amazing example of that believe that this country has place for you,” he said at a CNN program.

Lagos To Seal Up 195 Estates Without Layout Approval ﻿

Enugu LG polls: PDP Will Lose Due To Demolition Of Houses…

THE WHISTLER had also reported that opinion polls conducted across the US showed Sanders and Biden   leading contenders from the Democratic party.

According to Sanders, “this victory here is the beginning of the end for Donald Trump.”

The U.S general elections would hold in November as Donald Trump, throughout his rallies, insist that he is the best bet for the American people, wooing the people with his economic scorecard.

After series of electoral contests in different U.S states, the winner would be finally  chosen at the July Democratic national convention.

Growing Poverty, Unemployment ‘Will Put Us All In Serious Trouble’- Dangote ﻿

USA Customs Bans Shipment Of Vehicles To Nigeria, Other Countries

Lagos To Seal Up 195 Estates Without Layout Approval ﻿

Premier League: Tottenham’s Son Heung-Min Out For The Season