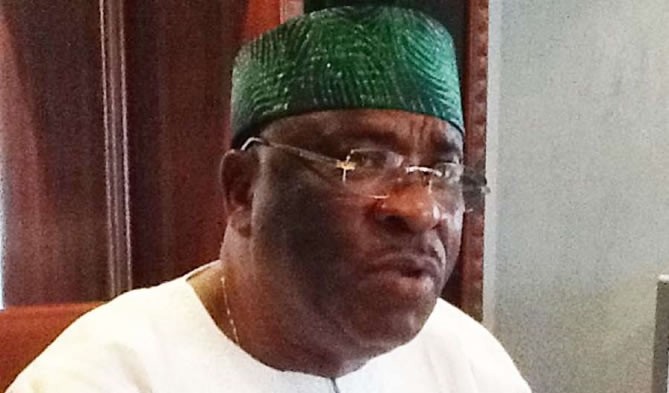 SENATOR Anthony Adefuye is the Secretary of the Yoruba Unity Forum. In this interview, he spoke on sundry issues affecting the Yoruba within the Nigeria entity. Here is the report:

What is the future of Yoruba Unity Forum with the demise of Mama HID Awolowo who was the rallying point?

It is true we have lost our chairman, but we have not lost Yoruba Unity Forum. We also lost Ooni last year who was the patron of the forum. It shows that we need to appoint new credible and young leaders in Yorubaland who will reign for years. We need young, credible, intelligent, forthright leader.

Your forum loudly complained of marginaliza­tion of the Yoruba by former President Goodluck Jonathan.

Yes, I remember during the administration of former President Goodluck Jonathan, we went to him to complain about marginalization of Yoruba. In his appointment, there was no single Yoruba man in the first 25 key positions. We went to him on two occasions to call his attention to the marginalization. He said he was not aware. When we showed him the list, he expressed surprise and promised to set up a committee to look into it and call us back later. For one whole year, he didn’t call us. Again, we went back to him. This time, the answer he gave was shocking. And we made it clear to him that it would be difficult to convince Yoruba to vote for him with the perceived marginalization. That was the reason when we got to the Ibadan Assembly we made a statement that only a bastard Yoruba who would vote for Jonathan, having marginalized us so badly.

Is that why Southwest voted for the presi­dential candidate of All Progressives Congress (APC), Muhammadu Buhari?

It is only when the Northerners are in power that Yoruba people benefit most. They are the only one that have similar culture with Yoruba. They trust us and we trust them. If you trace it from the time of Shagari through Babangida to Abacha, you will find out that Yoruba people were in the limelight. Even during the time of the late Head of State, Murtala Muhammed, Yoruba was the second man. Also, during the military regime of Muhammadu Buhari, Tunde Idiagbon, a Yoruba man, was the second in command. At the time of Sani Abacha, Gen Oladipo Diya was the second man. They always choose Yoruba people when they are there. But when we have Southern Presi­dent Yoruba people suffer. Even when we had our own son, we did suffer. I make bold to say that throughout the eight years of Olusegun Obasanjo, there was no single fed­eral road constructed in the Southwest, not even the one to Ota. Go to Bayelsa today, even where there is water; they have filled it with sand.

How do you manage the mutual suspicion between Southeast and Southwest to be able to speak with one voice in the Southern Nigeria Peoples Assem­bly?

Are you saying that the Igbo would prefer having alliance with the Southwest rather than the North, it they are confronted with a choice?

Yes, they have always done so. Don’t forget, most of the Ibos live outside their states.

APC Senatorial Candidate Pledges To Give 4yrs Salary To District

But they have always accused the late Obafemi Awolowo of betraying the Ibo given the role he played in the civil war. How true is that?

I know that when Awolowo went to them to have an alliance, Ojukwu demanded that the meeting must hold in his bunker. Awolowo said no, let’s hold it in Asaba. Ojukwu said no, it must hold in his bunker. The next day, they started calling him Ali Baba and the fugitives. They never allowed him to sit down to discuss. Not quite long after that, they came and bombed Alagomeji, Yaba, Lagos. That was where the problem started. During that time, I know how many Ibos I housed. And if you recall, it was only in Yoruba land, including Lagos, that we did not seize their property. There was no issue of returning it to them, we never touched it. At that time, it wasn’t that we did not want to work with them but it was that they wanted to enforce Biafara on us too. No leader will ac­cept that. Let them speak the truth. This was how the thing broke down.

Is that why Awolowo took side with the Federal Government?

How would you account for the sudden resurgence of agitation for Biafara?

There was a plan to break Nigeria to pieces. That is why you find agitations in the South-south and the South-east. In the Southeast, you can see that the agitators are new boys re­cruited from outside to lead Biafara. You can see that they (last administration of Jonathan) had even provided the Southwest with outside radio station they opened for Oodua People’s Congress (OPC). What will OPC use external radio for? What was their intention? If that agitation had continued, only God knows what would have happened to the Southwest. What was the purpose of the meeting Jonathan had with OPC? What was the purpose of the parade OPC had in Lagos? They did not carry placard to say vote for Jonathan. They deliberately wanted to liquidate the Central Bank of Nigeria (CBN) so that when the whole agitation starts, we would not be able to fight back. People must investigate for the sake of the future why they wanted to liquidate the CBN. When the agita­tion for Biafara started, it started in the South-south. It didn’t start in the east. If you look at it, there are no notable Ibo leaders there who accepted them.

Why did you fail to achieve consensus on derivation formula at the confab?

People assume 13 percent derivation is being shared equally by the South-south states oil producing communities. The 13 percent is be­ing shared by only four states. Only about one or two percent is being shared by Ondo, Imo, Cross Rivers, and Edo. For instance, while in May 2014 under 13 percent derivation, North­east got only 25 billion, Northwest 34 billion, North Central 24 billion, Southwest 28 billion, Southeast 20 billion, South-South got 76 billion. And somebody is now asking government to increase for South-south. If you are the one in government, will you agree? This was a time when most states could not pay salaries. If you increase this figure by ordinary six percent, Northeast will now get N23 billion, Northwest 32 billion, North Central N22 billion, Southwest 26 billion, and South-South 79 billion. It you increase it above that, revenue for the South-south will continue to increase at the expense of other zones. Don’t forget also that there are other special intervention programmes for the South-south. When you add all these together, you will find out that South-South states are getting 54 percent of the entire resources. This is the condition people said no to increase in derivation.

Would you say Southwest has got what it deserves in this new government of President Muhammadu Buhari?

Compared to what we got during the time of Jonathan, I think we have not done badly. I am sure if Jonathan had returned, he wouldn’t have improved the situation. It looks like it was deliberate. They were trying to annoy us so that we can begin to agitate that we want to go out of Nigeria. That is why I said we must create truth commission and invite everybody to come and speak and document it for the future.

Culled from The Sun