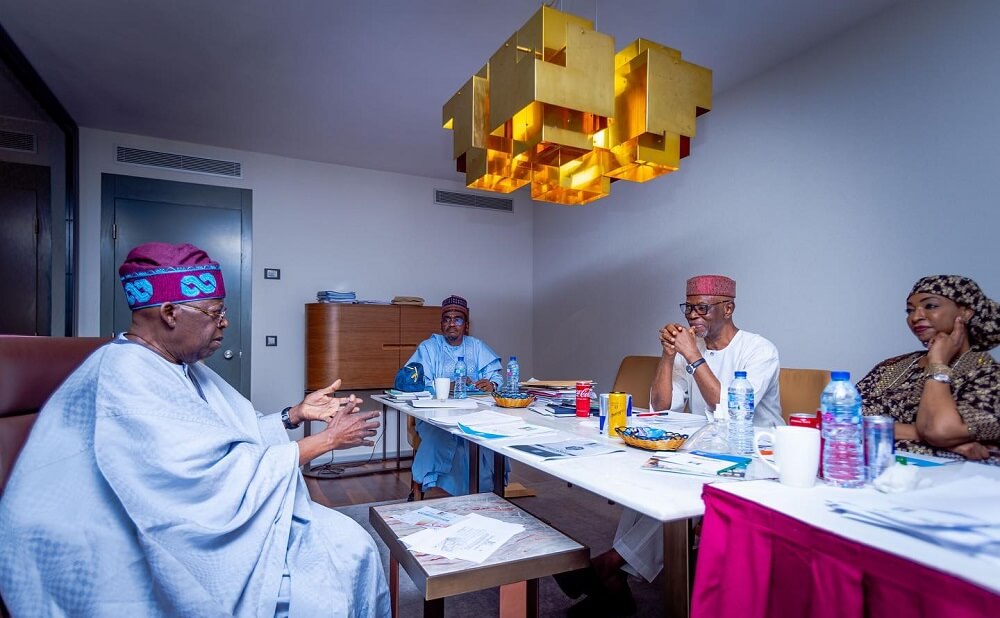 Footage from the screening of Asiwaju Bola Ahmed Tinubu by the John Odigie-Oyegun-led presidential screening panel of the ruling All Progressives Congress (APC) has surfaced online.

Tinubu, alongside other aspirants, appeared before the seven-man panel as part of the process leading to the presidential primary of the APC during which the party will elect its candidate for the 2023 presidential election.

In videos from the exercise shared by a Facebook user, Ayekooto Akindele, Tinubu talked about some of his plans to grow the country’s economy and turn around its fortunes if elected president.

He said for the country to make progress, there was the need to place the livelihood of its citizens on “long term, medium-term and short-term values to yield values for us.”

Tinubu recalled that, as Lagos State governor, he helped to grow the state’s Internally Generated Revenue (IGR) from N600 million in 1999 to the N51 billion that is being generated monthly today.

“In Lagos, I met N600 million internally generated revenue (IGR) [but] today it is N51 billion every month,” Tinubu said, stressing the need for the nation to establish “long term interest to pursue long term projects”

On some of his plans, Tinubu said: “There are three highways in the potential development of a nation. If you have gas assets, submarine gas lines, or submarine vessels, your electricity transmission is a highway.

“Remember that I brought Heron (Heron Electric Company) to the country. Telecommunications is nonsense in Nigeria today…I brought Econet. Econet is now Airtel. Nigeria is rich, it’s just about thinking and doing and the essence of our livelihood must be placed on long-term, medium-term and short-term values to yield values for us.”

The former governor further asked, “Why are we not the ones selling the gas that we are flaring? I kicked against this and I’m not obliged to really discuss this private discussion with the president.”

WATCH THE VIDEOS BELOW: