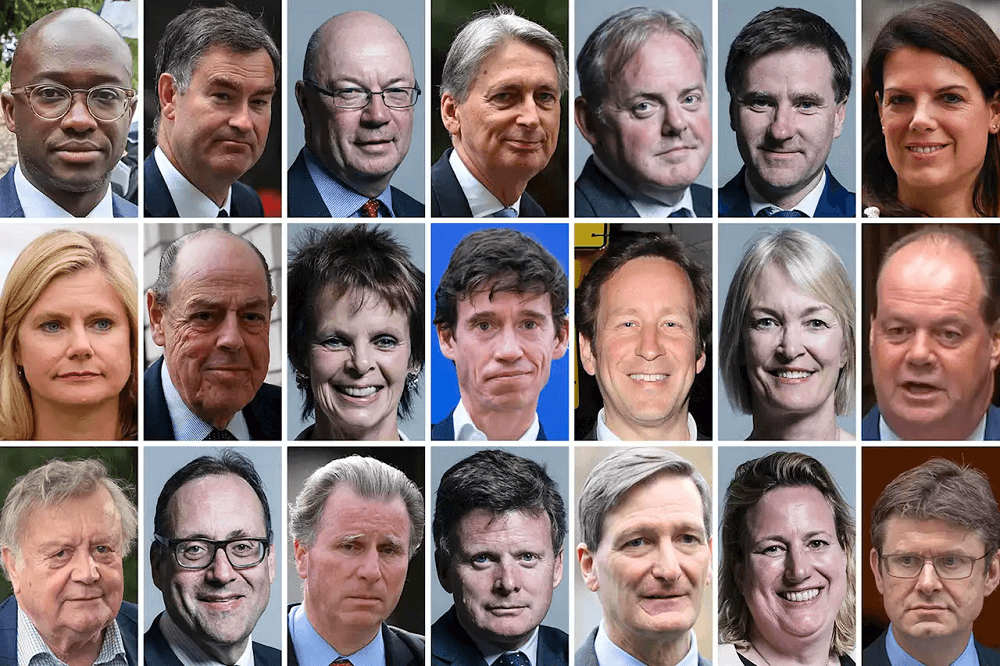 Boris Johnson has expelled 21 Conservative members of parliament, including two former chancellors and Winston Churchill’s grandson from his party, after they helped inflict a major defeat on him in his first House of Commons vote as prime minister.

The prime minister was defeated on Tuesday evening by a coalition of opposition parties and senior Conservative rebels, many of whom were former ministers, on a motion designed to pave the way for Brexit to be delayed.

In the aftermath of the vote, a senior government source confirmed that all 21 MPs, including the former chancellors Philip Hammond and Ken Clarke, and Churchill’s grandson Nicholas Soames, would lose the Conservative whip.

“The Chief Whip is speaking to Tory MPs who did not vote with the government this evening,” the source said.

“They will have the Tory whip removed.”

The decision means Johnson is now the leader of a minority government in Parliament. The prime minister will on Wednesday evening seek the approval from MPs to hold an early general election next month.

Clarke, who was first elected as a Conservative MP almost 50 years ago, accused Johnson of destroying the party.

“I don’t recognise this. It’s the Brexit Party, rebadged,” he told BBC Newsnight.

“It’s been taken over by a rather knockabout sort of character, who’s got this bizarre crash-it-through philosophy [and] a Cabinet which is the most right-wing Cabinet any Conservative Party has ever produced.”

The former Chancellor Philip Hammond has vowed to challenge his expulsion and promised Johnson “the fight of a lifetime.”