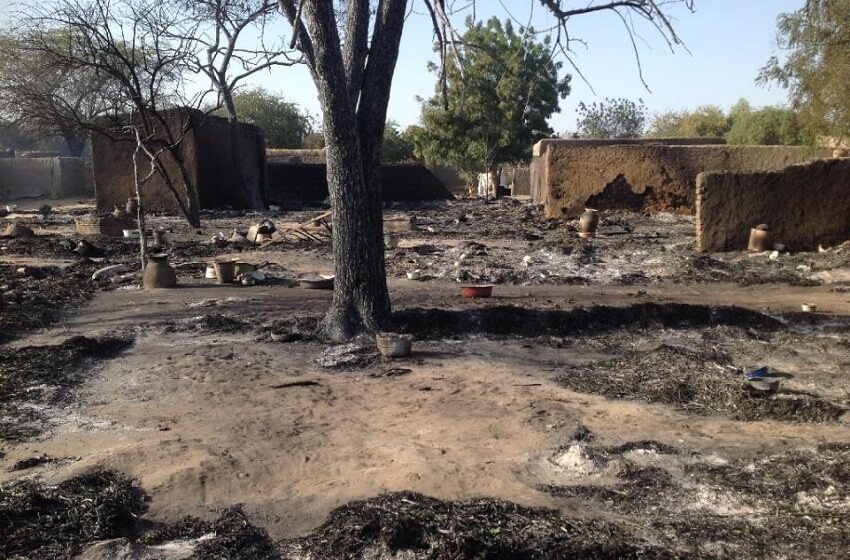 No fewer than five people have been left for dead after the Boko Haram sect, on Sunday night, attacked Kurmiri village of Titiwa Ward, about 15 kilometres away from Magumeri Local Government Area of Borno state.

The terrorists, who attacked the community with Ak47 rifles, knives and machetes, slaughtered the Chief Imam of the village alongside the four other persons.

The Chief Imam, Ustaz Goni Bukar Tabare is the Senior brother to a popular Politician in Magumeri, Mallam Goni Kundube.

“We in Magumeri woke up this morning (Monday) and received a distress call that one of our Community witnessed Boko Haram attacks.

“Five people were slaughtered, including the Chief Imam of Kurmiri village. We regretted this attack and we Pray Allah (God) grant Aljanul Firduas to the souls of the deceased and their families to bear the irreparable loss.

“I want to commend the effort of our Civilian JTF members, security agencies for their prompt action which led to the apprehension of one of the attackers

“I also want to urge members of the general public not to panic, but go about their businesses as the situation is under control,” Abdulkadir stated.

Blow For Barcelona As Dembele Out For Four Months