Enugu Guber: ‘Is He The Only One Whose Day’s Bright?’– Aspirant Compares Ekweremadu With Mobutu Sese Sekou 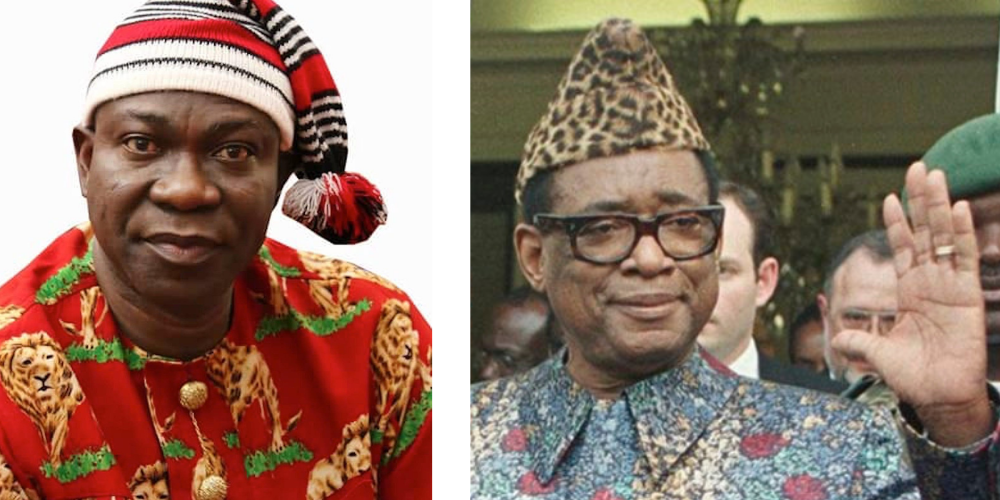 134
SHARES
ShareTweetSubscribe
#mc_embed_signup{background:#fff; clear:left; font:14px Helvetica,Arial,sans-serif; width:90%;} /* Add your own Mailchimp form style overrides in your site stylesheet or in this style block. We recommend moving this block and the preceding CSS link to the HEAD of your HTML file. */ (function($) {window.fnames = new Array(); window.ftypes = new Array();fnames[0]='EMAIL';ftypes[0]='email';fnames[1]='FNAME';ftypes[1]='text';fnames[2]='LNAME';ftypes[2]='text';}(jQuery));var $mcj = jQuery.noConflict(true);

The zoning arrangement in the Enugu State polity is a clog in the wheel of the governorship aspiration of former Senate President Ike Ekweremadu.

Hon Osmond Enwemchi Onuh, an aspirant to the Igboeze North II State Constituency in the Enugu State House of Assembly, stated this Wednesday when he addressed newsmen in Ogrute.

According to him, “Sen Ekweremadu is one politician I respect not only in Enugu State, but the entire Igbo land. He is a grass-roots politician, well-vexed in the art of statecraft.

“He is a professor of law, the longest served deputy Senate president, and longest serving senator in Nigeria. But in Enugu State where Ekweremadu hails from, there’s a political arrangement within his party which recognizes rotation of governorship positions within the three senatorial zones in the state.

“This arrangement seems to be a clog in the wheel of Ekweremadu from realizing his governorship ambition. But from his body language, he is not relenting in a bid to actualise his noble dream.

“This is not the first time he is eyeing the Lion Building as the seat of power in Enugu is called. Prior to 2015 general elections, his rumoured governorship ambition was very loud even against the zoning principle of his party.

“After an intense political manuevering, he was able to go back to the Senate, while former Governor Sullivan Chime shaved his ambition of going to the Senate even as a sitting governor.

“Ekweremadu is eminently qualified not only to be a governor, but even the president of this country. But then, one may be tempted to ask: is he the only person whose day is bright?

“Since 1999, he has been a chief of staff, secretary to the government, 12 years as a deputy Senate president, and 20 years as a senator by 2023. That is 24 years of being in government uninterrupted. If he becomes the governor for another eight years, that would be 32 years in the saddle.”

He recalled that in 2013, former Governor Chime announced that the need for the National Assembly members to go for two terms of eight years to reduce poverty in the state, but Ekweremadu violated that arrangement.

He likened Ekweremadu’s moves to autocratic leaders. Quoting him, “Many have attributed his actions to what Mobutu Sese Sekou of Zaire said that he preferred ‘being called a deceased president to being called a former head of state’.

“Many people believe that a lot of factors are counting for Ekweremadu, and that may be the reason why he is going against his party’ principles. Ekweremadu has a war chest to prosecute the election; he is very popular and has the connections.”