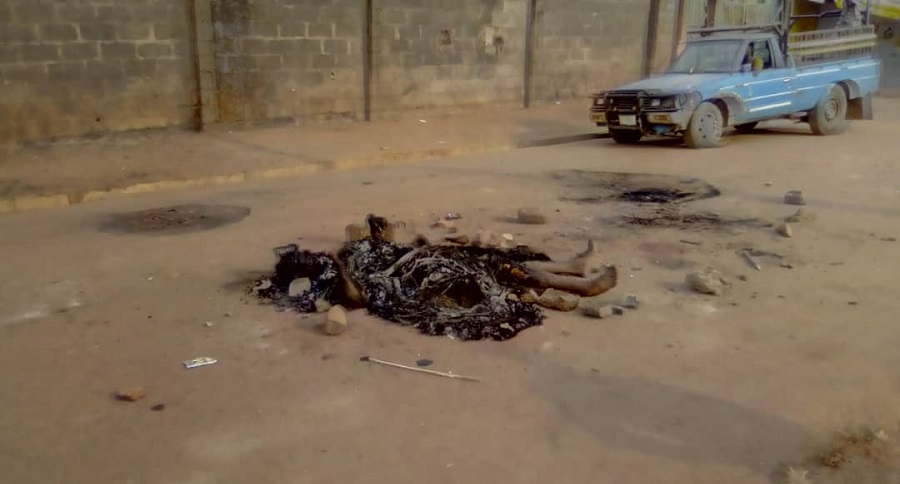 Residents of Igboora town in Ibarapa Central Local Government Area of Oyo State are now living in fear following the gruesome killing of two persons in the town.

Some residents of the town who spoke on condition of anonimity claimed the clash which occured at the  Old Garage area in the town on Wednesday was between two rival groups.

One of the residents said an artisan, who he simply identified as Ibrahim, was killed by suspected cultists at around 3pm on Wednesday.

He said he learnt that one Akeem was used to lure the slain Ibrahim to where he was stabbed to death by members of the rival group.

The source said one Qudus popularly called Emi-Esu (Evil spirit) was the one responsible for stabbing Ibrahim to death.

The alleged killer reportedly fled the scene after stabbing  Ibrahim to death  and some other youths were said to have chased Akeem and beat him to stupor before setting him ablaze.

Another resident  told our corespondent that the incident had caused panic in the area while calling on security agents to come to the rescue of the people of the town.

He said, ” The whole community is living in fear now because of the incidents. We know they may want to continue to attack each other and anything can happen in such situation .

” That is why we are calling on the police and other security agencies to beef up security in the town. They should arrest those boys and make sure whoever is guilty of belonging to any secret cult is punished according to the law.”

The Police Public Relations Officer in the state, Adewale Osifeso, did not to pick calls to him by our correspondent.

He has also not replied messages sent to him to find out if the police were aware of the killings.

Omicron Is Dominant In Nigeria—WHO