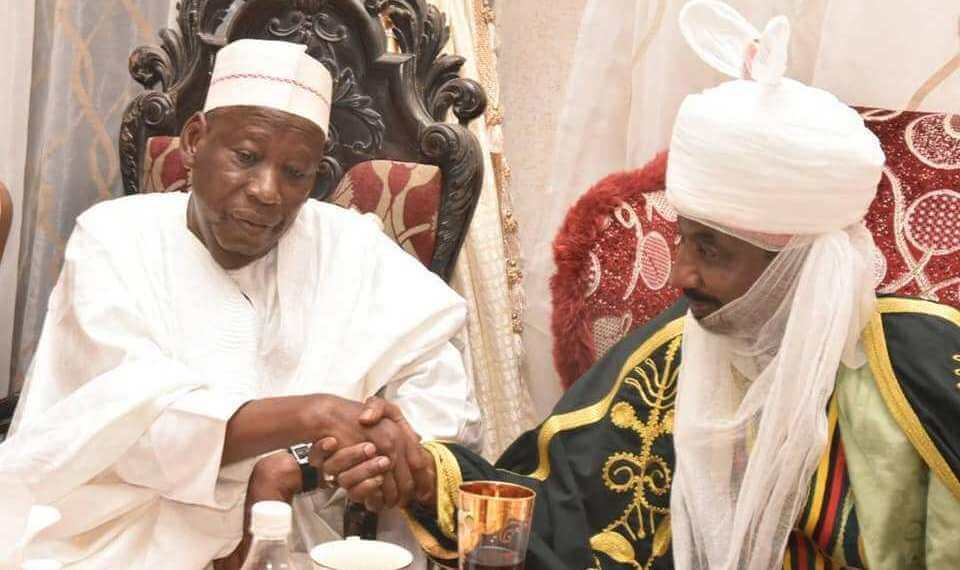 The Federal High court sitting in Abuja has said that the deposed Emir of Kano, Sanusi Lamido, has the constitutional right to reside in any part of Nigeria including his state.

THE WHISTLER reported that Sanusi was on March 2020, dethroned as the Emir of Kano by the state governor, Abdullahi Umar Ganduje, over alleged insubordination.

He was subsequently banished from the state and restricted in Awe,a town in Nasarawa state by security operatives.

But Sanusi’s legal team led by Lateef Fagbemi (SAN),had filed a motion ex parte, first, demanding his release from detention in Awe; and second, a restoration of the former Emir’s right to human dignity, personal liberty, freedom of association and movement in Nigeria.

Ahead Of National Convention, APC Moves To Reconcile Warring Factions In Kano

On March 13, Justice A.I Chikere ordered his release from detention in Nasarawa state and then adjourned for hearing on the substantive suit.

Reading the judgment on Tuesday, Chikere held that the 1999 Constitution was superior to the Emirate Council Law that the Kano state government relied upon to send the Emir out of the state.

She awarded a N10 million cost against the 1st, 2nd and 3rd respondents, but removed the AGF from the suit.

The court also ordered the three respondents to apologize to the former Emir as well as publish the apology in two newspapers.