‘I Want Justice For My Sister killed During NYSC,’ Lady Tells Panel Of Inquiry 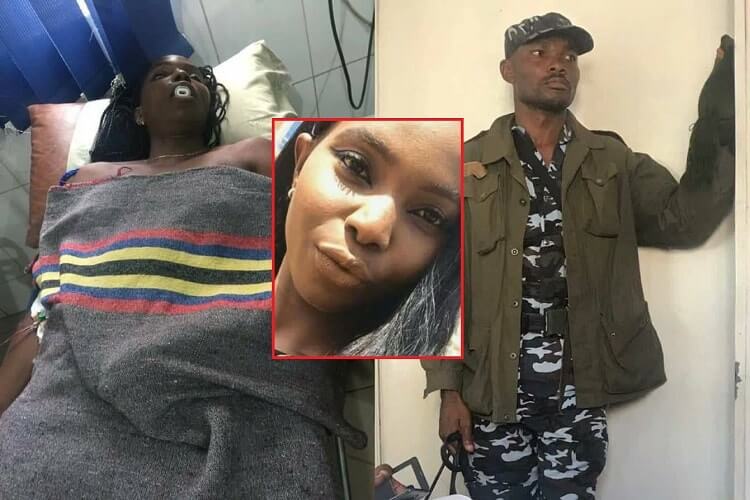 A lady, Chinenye Igwetu, on Thursday in Abuja appeared before the Panel of Inquiry into extra judicial killings and police brutality to seek justice for her sister allegedly killed by the police.

Giving evidence before the panel constituted by the National Human Rights Commission (NHRC), Igwetu said that her late sister, Miss Linda Igwetu, was out celebrating with friends, her completion of the NYSC scheme when killed on July 3, 2018.

According to her, the NYSC passing out parade was on July 4, 2018, and Linda sent a whatsapp message to inform her that she was going out to celebrate with friends, Mr Arafa and Mr Tobi after closing from work.

The petitioner stated that when she woke up at about 2am to use the restroom, she did not see the deceased, who was staying with her at her residence at Utako area of Abuja.

“At about 4:30am, I got a call, it was Mr Tobi who called and asked me to come to Garki Hospital. I went there with my neighbour, Maureen, who heard when I screamed.

“When we got there, we saw many police personnel. Tobi was handcuffed and was drenched in blood.

“Tobi said that on their way from Ceedi Plaza, they heard a sound and he thought it was the car tyre that burst.
He further said that my sister was sitting at the back seat, while Arafat was with him in the front,” Igwetu narrated amidst tears to the panel.

She said that she was told by Tobi that he saw her sister holding her breasts and that it was then they realised that it was gunshot they heard.

“The gun shot hit my sister from the back and came out below her breast,” the petitioner told the panel.

Igwetu stated that it was a policewoman who took her aside at the Garki Hospital and explained what happened to her, adding “the woman said if it was Ceedi Plaza, it must be Inspector Benjamin Peters who shot the gun.”

She said that the hospital personnel told her that her sister had lost a lot of blood and needed to be transfused.

The petitioner said that though she volunteered to donate blood but the hospital personnel told her that a woman cannot donate blood and that she should look for a male to do so.

Igwetu said that though she made frantic efforts to get a male donor, however, before help could come she was summoned from the hospital and informed that her sister had died at 6.10am on July 4, 2018.

She said further that the female police officer took them to the Police Service Commission where she lodged a complaint against the said Insp Benjamin Peters.

When asked by the chairman of the panel, Justice Suleiman Galadima (Retired), what she wanted, Igwetu said justice for her sister.

“I want justice for my sister. I want my family to be compensated even though no amount of money can bring back my sister. She had many dreams,” she pleaded.

Galadima ordered that days proceedings should be typed and made available to the respondents, the Inspector-General of Police, the FCT Commissioner of Police and Inspector Benjamin Peters.

The panel adjourned the case till Nov. 16 to give the respondents the opportunity to respond to the allegation.

We Will Resist Planned Protest In Lagos – Police