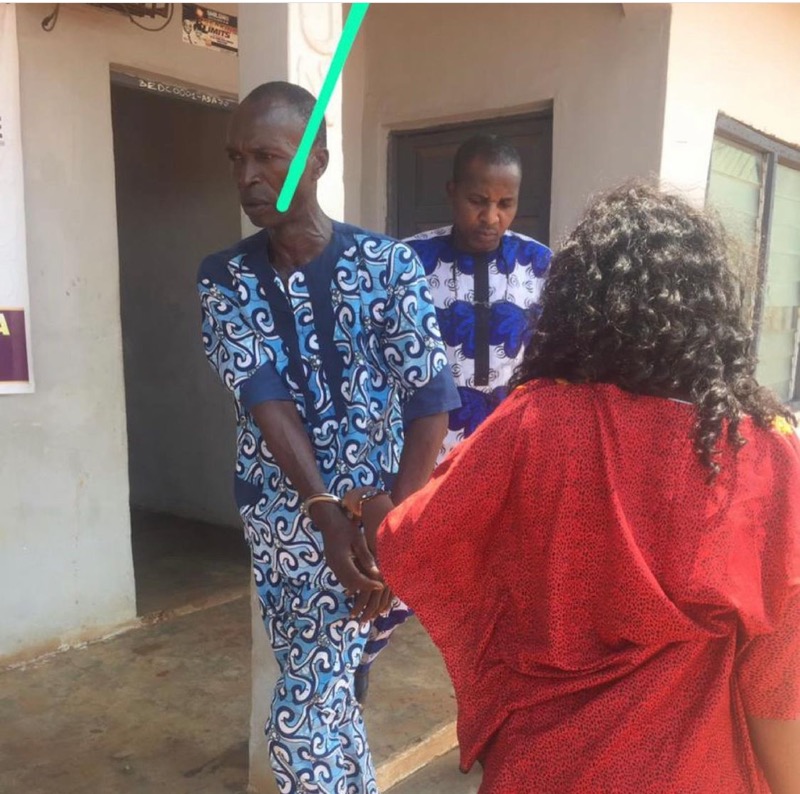 A drunk man in Edo State has allegedly killed his wife, Mrs Ugieki Vbokhan Asemota , after she refused to have sex with him.

According to a post shared by the woman’s niece, Omoruyi Loveth, on Instagram , the Incident happened on Sunday 27th June 2021 after she returned from from a wedding ceremony.

Giving an account, Loveth, said “when she(the deceased) got home, she saw that her husband was drunk as usual because all he knows how to do is drink and beat her. So, to avoid trouble she had her bath, ate and went into her room because she was scared to talk to him so she doesn’t get beaten again.”

She went on to narrate that at about 11: pm, the husband to the deceased came with an axe and started banging on his wife’s room door, asking her to open the door or he will break the door. He said he wanted to have sex with her, which she refused.

She added that the aunt said “I can’t because you are drunk and you are smelling drink. Please go to your room and leave me alone.”

However, the man insisted on having sex and continued to hit the door with an axe.

Loveth said “my sister was scared that if he succeeded in entering the room, he would kill her, so she silently opened the window and was about to escape through the window and call for help from other neighbours, not knowing her husband already heard her opening the window.

“While she was getting down through the window, Loveth recounted that he dragged her aunt down and she hit her head on a block beside the window and he started beating her.

“My sister was pleading that he should leave her alone, that she’s loosing strength but he refused. The next thing he did was to grab a wood from the backyard and hit her on her head and her back ( continuously) till she fainted. Blood was coming out from her nose ,her ear ,and her mouth.

“Immediately he saw that she’s no longer moving, he stopped and hid the wood and ran away.

” However, the neighbours came to her rescue when they noticed her lying lifelessly on the ground. She gave up the ghost after.

“They took her to three good hospitals, but they rejected her, they said she’s almost gone. One hospital later accepted and admitted her. They did so many scans, tests , X-rays and confirmed that he damaged almost all her organs and her spinal cord was broken. They said her survival was 50/50. We prayed, fasted yet no positive results. She died yesterday morning. “