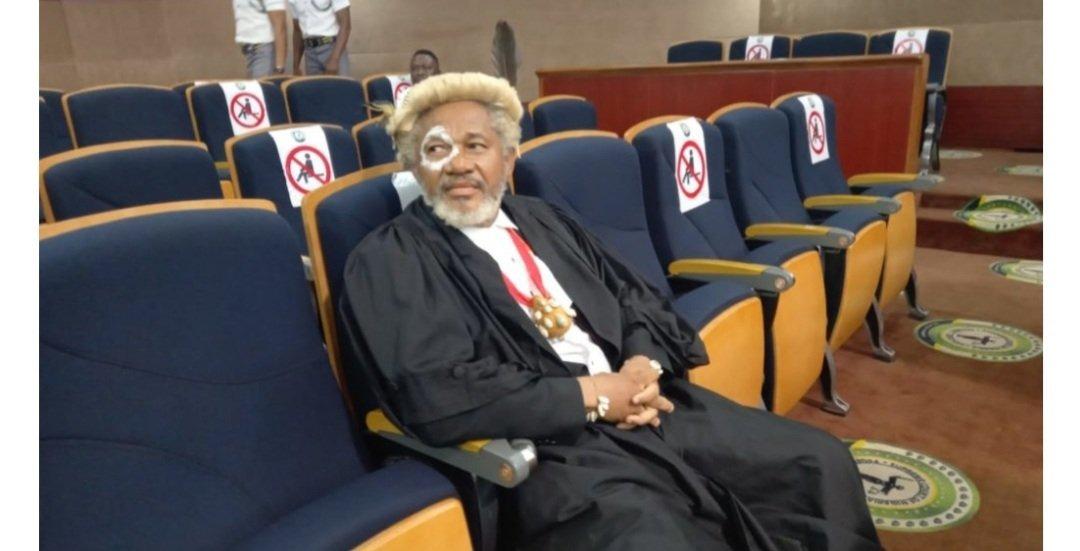 The lawyer was protesting the Supreme Court judgment on hijab use in Lagos public schools.

The apex court had on Friday, in a dissenting verdict, overruled Lagos State, which had banned hijab use in public schools since 2014.

The lawyer had stated via his Facebook page that the Supreme Court erroneously upheld wearing the hijab because the “justices failed to see the rights contained in section 38 of the constitution as private rights that must be exercised privately in our homes , place of worship , community , religious schools and not in the public or public schools for that matter funded with tax payers money .”

He had urged the apex court to reverse its decision which is the option left as its judgement is final.

But in a video seen by our correspondent on Thursday, Omirhobo stormed the Supreme Court in a traditionalist attire insisting that going by the justices’ decision, he will now be coming to court dressed according to his religious belief.

“Yes this is how I will be coming. By the Supreme Court judgement, I’ve been given license to dress in our religious attire because it will be a flagrant violation of my fundamental right to freedom of thought, conscience and religion.

“You saw I went into the Supreme Court.

“Even my children will dress like this, even the traditionalist, those who are serving Olukun, Sango, god of thunder, because it is always good to be religious.

“By the Supreme Court judgement, we have been given license to dress in our religious attires. It would be a flagrant violation of my fundamental right to freedom of thought, conscience and religion for anyone to stop me.,” he told the press.

Supreme Court Justices: What CJN Should Have Done About Protest — Ozekhome