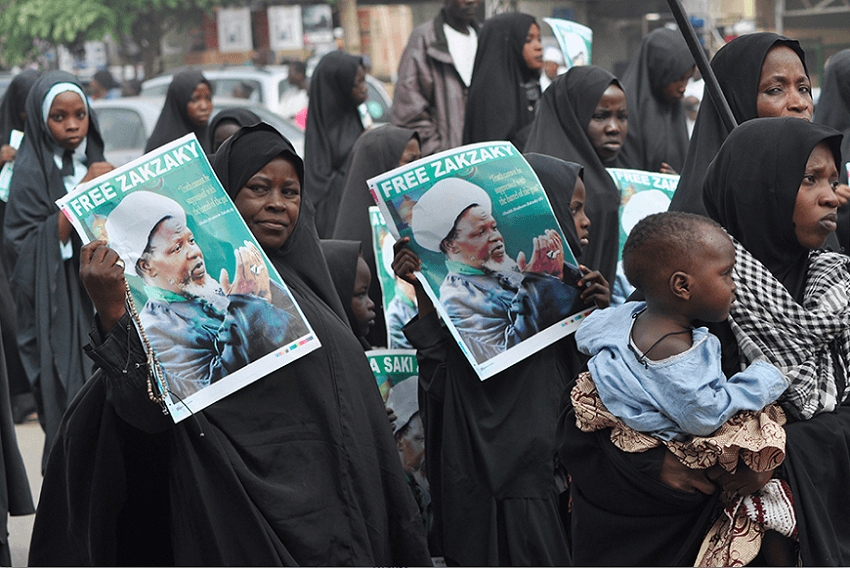 Against claims by presidential spokesperson, Garba Shehu, that Islamic leader, Sheik Ibrahim El-Zakzaky is hale and hearty, members of the Islamic Movement in Nigeria (IMN) have responded in the negative.

Shehu had in May said that El-Zakzaky was being kept for his own good.

“On the issue of El-Zakzaky, the information we have is that he is being kept more for his own safety than the offences he committed.

“If you set him free today, what do you think will likely be the reactions out there on the streets of Kaduna or in the streets of Zazzau where he comes from’’, the presidential aide had said.

Minister of Information, Alhaji Lai Mohammed had similarly said the Islamic leader is not in detention but in a safe house built for him by the Federal Government.

But the Shiites have, however, decried the deplorable state of El-Zakzaky`s health.

The Islamic group, during a protest in Abuja, said just like President Muhammadu Buhari, El-Zakzaky should be granted freedom to travel abroad for medical consultations.

“It would be recalled that the DSS detained Sheik El-Zazkazy once claimed that he is being kept in a protective custody and according to their lawyer, it was the DSS responsibility to provide him protection,” spokesman of the group, A.I Ahmed told journalists.

“They further claimed that they have spent 5 million on El-Zakzaky’s health.

“Later on, we found out that those claims were false. With these frequent, strategic lies on El-Zakzaky’s health, how can we trust DSS, Garba Shehu or the government?

“It is a known fact that the federal government spent about $1 billion on oversea treatment for government officials.

“The continuous detention of Sheik El-Zakzaky, his wife and others is a violation of their fundamental human rights,” Ahmed added.