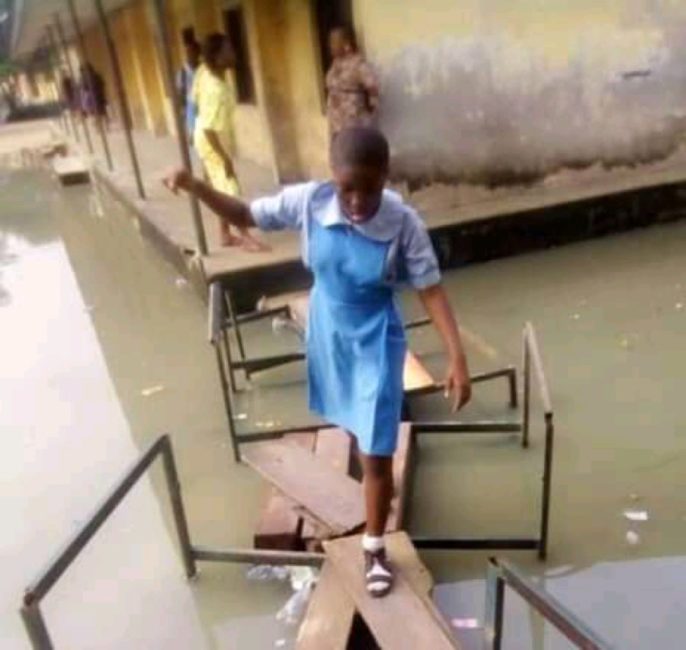 The pathetic condition of Community Secondary School, Rumu-Apara in Obio-Akpor Local Government Area of Rivers State has worsen as teachers and students are unable to access the school.

THE WHISTLER gathered that the school got flooded due to the downpour in Port Harcourt on Monday as some teachers and students were seen stranded with no access to classrooms to teach and learn.

A teacher who pleaded anonymity told THE WHISTLER, “This is not the first time we have been faced with such scenario. It’s something we are now used to and whenever it rains, the students automatically know there won’t be no more classes for them.

“So many teachers have left the school as a result of this and the government is not doing anything to remedy the situation.

“You can see how terrible the situation is and one would expect the teachers and students to stay under such environment which is messed.”

All efforts to reach the council Chairman of Obio-Akpor Local Government to react to the situation proved abortive as he didn’t respond to calls and text as at the time of filling this report.