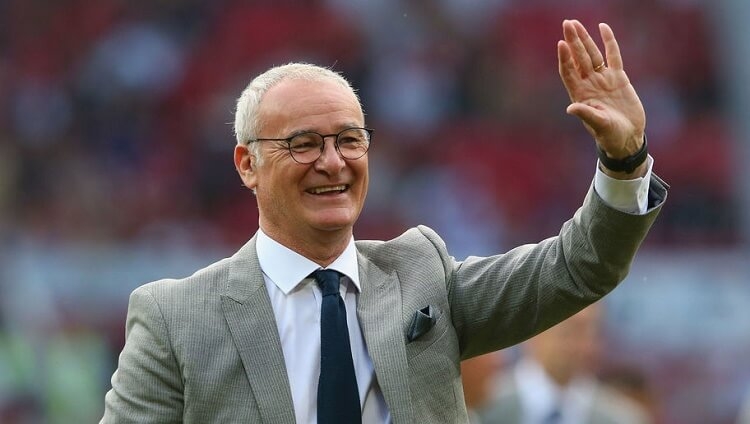 Leicester City manager Claudio Ranieri has hailed his side’s character in their 2-1 Champions League last-16 first leg defeat to Sevilla on Wednesday at the Sanchez Pizjuan.

Jamie Vardy scored his first goal in the Champions League to give the Foxes some hope of staying in Europe’s elite competition despite being outclassed by the Spanish side.

The Foxes had travelled to Spain hoping to put their Premier League woes behind them. Ranieri’s side have endured a dismal season in the defence of their Premier league title, lying 17th in the standings and just one point above the relegation zone.

Leicester were outplayed by the home side, who had 80 percent of possession in the first half, and it took a number of brilliant saves from Schmeichel to keep them in the game, while Sevilla’s Vitolo hit the inside of the post.

Pablo Sarabia headed the hosts into a deserved lead in the 25th minute after Kasper Schmeichel had saved Joaquin Correa’s penalty. Argentine forward Correa made amends by netting in the 62nd after inspired play from Stevan Jovetic.

But Vardy made the most of Leicester’s only real chance to keep them in the tie. A 1-0 win in the second leg would take Leicester through to the quarter-finals.

“We know they are a better team than us with more quality and experience but we had more heart and we showed character. When you play with character sometimes luck is on your side,” Ranieri told reporters.

“The first half was very tough and Kasper kept the team alive, the second half was much better from us and we believed we could do something good. We played well for a spell and then they scored again.

“We scored a goal that was important for three reasons: it gave us strength, it got Vardy back among the goals and for a striker your confidence depends on scoring, and it kept us in the tie.”

Sevilla coach Jorge Sampaoli praised Schmeichel’s performance, as the visitor’s shot-stopper made some excellent saves to ensure the tie wasn’t out of reach.

“The only option we have is to maintain our philosophy in the second leg when the whole ground will be supporting its team intensely,” he said.

“We dominated the first half and had six chances, we were less dominant in the second but still had more chances and they scored with their one opportunity and are alive because of that. I feel dizzy about how tight the tie still is.”

Leicester will host Sampaoli’s side in the second leg at the King Power Stadium on March 14.

Ali Modu-Sheriff To Quit As Chairman After PDP Convention

You’re No Match For Me, Ali Modu Sheriff Blasts Fayose