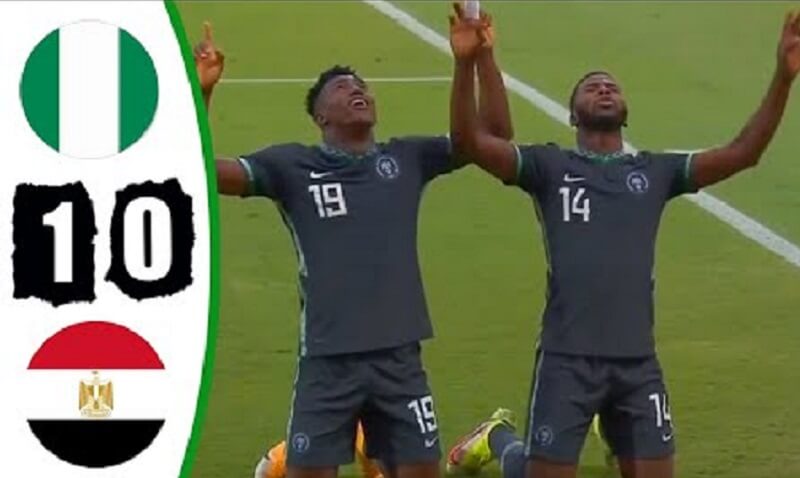 The Super Eagles of Nigeria have defeated Egypt in the Group D clash of the African Cup of Nations.

The Egyptians were faced with an unexpected defeat with Leicester City forward, Kelechi Iheanacho, scoring a dramatic opener in the 30th minute of the first half.

Both teams have met 19 times with Nigeria defeating their Egyptian rival nine times, while five draws were recorded.

Prior to the start of the match, Liverpool striker, Mohamed Salah, was tipped as the man to watch in the clash between the two former AFCON Champions.

But he failed to create a chance for the Pharaohs at the 30,000-capacity Stade Roumdé Adjia in Cameroon.

Some prediction sites had predicted Egypt to kick off their campaign with victory.

But the Super Eagles dominated the match with 58 per cent of the ball possession and nine shots on goal against Egypt’s three.