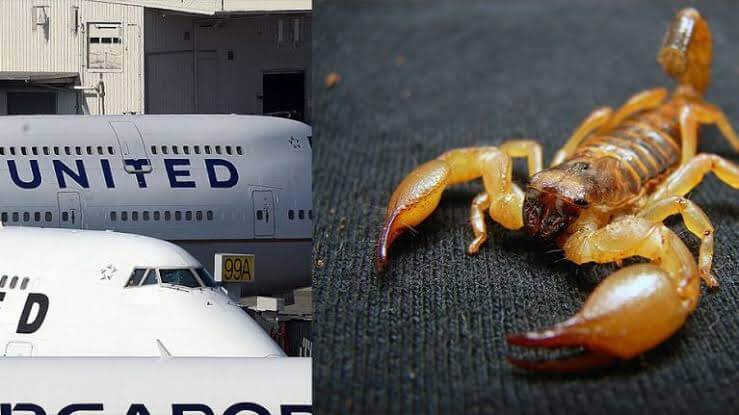 A female passenger was stung multiple times by a scorpion while aboard  a United Airlines flight from San Francisco to Atlanta in the United States.

The unnamed passenger had felt a stinging sensation and rushed to the toilet when the scorpion fell from the leg of her pant trousers.

IMF Forecasts Fall In Global Growth By 0.1% Due To Impact Of…

The incident happened on flight 1554 on Thursday and the lady was said to have received treatment from paramedics before being taken to the hospital.

The airline told BBC on Saturday, “After learning that one of our customers on flight 1554 from San Francisco to Atlanta was stung during flight, our crew responded immediately and consulted with a MedLink physician on the ground who provided medical guidance.

“The customer was transported to a local hospital,” it said, adding “We have been in contact with our customer to ensure her well-being.”