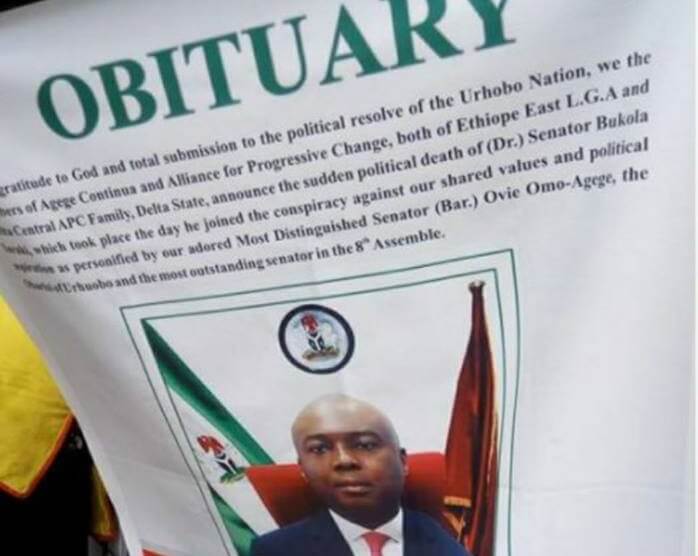 In what appears to have become dirty politics by Senator Ovie Omo-Agege’s loyalists, the obituary of Senate President, Bukola Saraki, has been announced by constituents of the Delta Central Senatorial District.

This comes after Senator Omo-Agege of the senatorial district was suspended by the Nigerian Senate for challenging the decision of the upper legislative chamber to reorder the 2019 election sequence.

Recall that the Delta-Central Senator had previously been linked with thugs who recently invaded the Senate to steal its symbol of authority.

In a banner that has since gone viral on social media, some youth under the aegis of the Agege Continua and Alliance for Progressive Change in Ethiope East LGA, announced the ‘‘political death’’ of Senator Saraki.

The inscription on the banner reads, ‘‘With gratitude to God and total submission to the political resolve of the Urhobo Nation, we the members of Agege Continua and Alliance for Progressive Change, both of Ethiope East LGA and Delta Central APC Family, Delta State, announce the sudden political death of (Dr.) Senator Bukola Saraki, which took place the day he joined the conspiracy against our shared values and political progress as personified by our adored Most Distinguished Senator (Bar.) Ovie Omo-Agege, the choice of Urhobo and the most outstanding senator in the 8th Assembly.”

Meanwhile, Senator of Omo-Agege, a staunch supporter of President Muhammadu Buhari, has since secured a court order to prevent his arrest after the Senate’s Mace was stolen and returned. 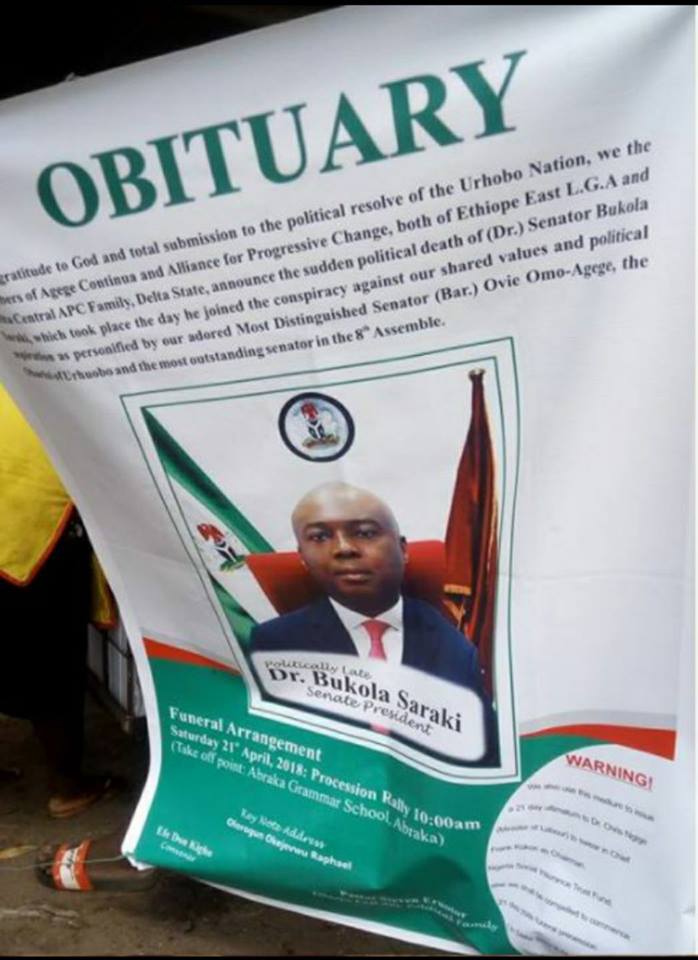