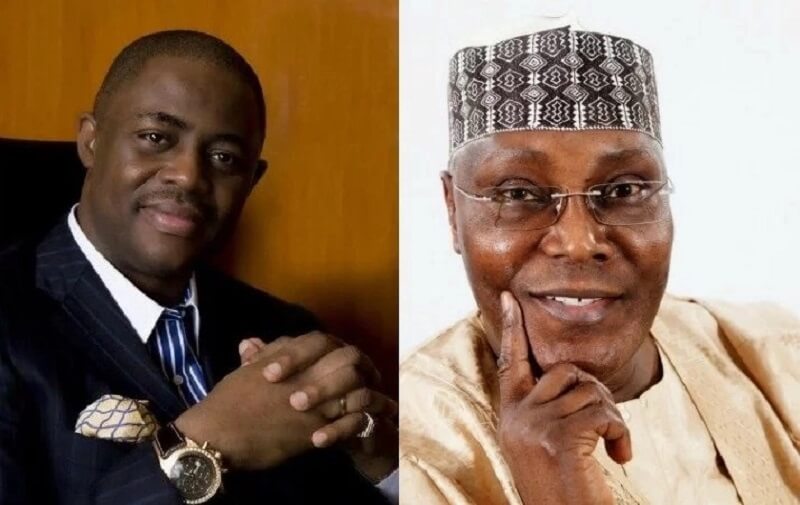 A former minister, Femi Fani-Kayode and Goodluck Jonathan’s aide, Reno Omokri, have engaged in a war of words over former Vice President Atiku Abubakar’s caution on the tagging of “killer” herdsmen as Fulani.

This came after Fani-Kayode, in an opinion piece, called out Atiku for saying “It is a misnomer to use the term ‘killer herdsmen of Fulani extraction’ or ‘killer Fulani herdsmen.”

The former minister, who insisted that all herdsmen are Fulani, had asked Atiku that why “Is it so difficult for us to accept the ugly truth and to call a spade a spade?” accusing the former Vice President of mocking “the memories of those that have been slaughtered by shielding those who butchered them.”

Fani-Kayode wondered if Atiku has “no shame or remorse?” or that if “this childish semantics and infantile denials are really necessary?”

But rising in defence of Atiku, Omokri accused Fani-Kayode of misrepresenting the former Vice President only to drive his “dishonest” point.

Read what you quote @Atiku as saying and read what @Atiku actually said. Note that they are 2 different statements. You misrepresented him. You twist his words. Your quote was dishonest. Quote Atiku. Don’t put your words in his mouth! You wont like it done to you! pic.twitter.com/DZyrI1N7QV

Reacting, Fani-Kayode tweeted: “Reno Omokri, the issue is the fact that you are wrong and I am right. You are disrespectful, insolent and more dishonest and insincere than anyone else? Remember the fake Wendel Similin handle you used to attack others on twitter? What could be more dishonest and cowardly than that?

“For God sake stop sitting on the fence and hedging your bets. Be a man, call a spade a spade and stop trying to suck Atiku’s Fulani rectum.Real pastors don’t eat arseholes. Trust me, Atiku will respect u more if u tell him the truth and tell him when he is wrong,” the ex-minister tweeted.

Omokri, however, responded thus: “It is obvious who is being dishonest here. Look at the two quotes. Nigerians can read for themselves. You misquoted Atiku. It is in black and white. Plain as day. Why did you not just quote what he said? Why did you have to add and remove to what he said?

“Let us face the issue at hand instead of trying to divert it. You dishonestly misquoted Atiku and this is the proof. Be man enough to accept it and apologize. Would you like it if it’s done to you?” he queried.

“I am rude and you are polite? I am dishonest and you are honest? Really? Again, I put up Atiku’s words and your misquote of his words and leave it to any sane individual to judge who between us is right and wrong

“Look Femi, you lied. Deal with it. I will not follow you into the gutter. I don’t need to suck up to Atiku. I made a fortune in US dollars from just one bestseller! I suck up to the truth, not to men! You told a lie. Fess up to your lie,” said the ex-Jonathan aide.