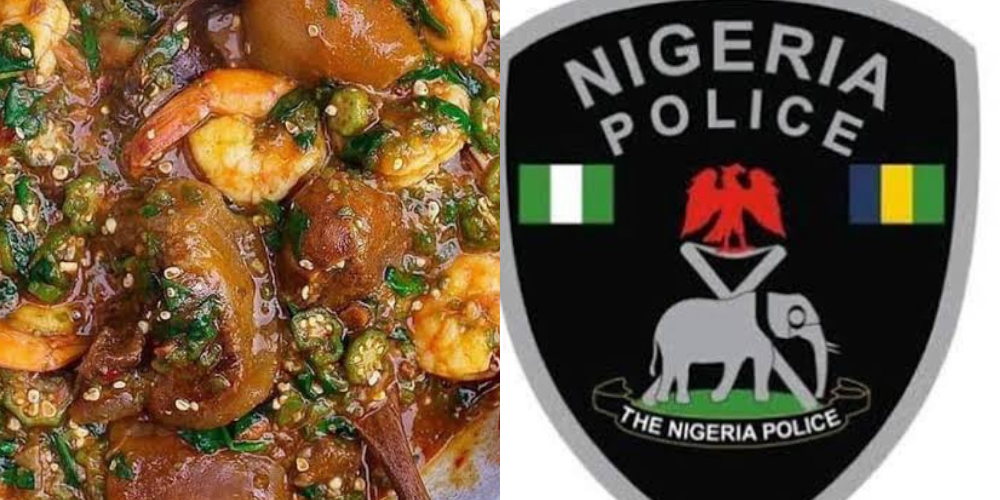 An operative of Lagos Police Command, Aliyu Giwa has recounted his experience as a cub officer in his early days of duties at the Apapa Police Station located in the state.

Giwa, who had just graduated from the Police college and was barely two years in the policing system told his over 20,000 followers on Twitter how terrified he was following an attempted escape of a suspected criminal in his care.

As an incident duty officer at the time, he was responsible for supervising junior officers and monitoring the station’s activities, and on the said day, he had eight suspects in the cell comprising “two armed robbers who robbed, shot and killed someone”.

Also, in the cell was a junior officer “who must have defaulted”, he said

He further narrated that at about 4 pm, a woman suspected to be related to one of the armed robbers in detention came with food (Okro soup and Garri), and by law, was asked to eat the food before serving it to the suspect.

Giwa noted that by 1 am while he was resting at the station gate after a long day, he heard a loud and troubled voice.

He said, “I ran inside with one of the armed station guards to confirm what happened. Guess what! One of the suspects in the cell was about to escape! Ah! In short, he had already escaped in a way. How come?? The suspect actually tried to escape through the front cell gate!!

“The Police officer in the cell was the man who raised an alarm! It was his voice we heard. He managed to hold on to his leg when he was trying to escape from the cell. We noticed that his body was slimy, sticky and sweaty! See I can’t really describe it with words!

“In short his body was covered with okra! Just like seeing someone bathing with Okra! And he managed to get half of his body out of the cell his head was out already! People in the charge room (counter) were sleeping already.

“I was just a young officer who just got out of Police college. I was literally scared. All this drama was about 2:15 am or thereabout. We had to handcuff him, bathe him. One of the Officers suggested that we should add salt to the water in bathing him.

“The remaining three to four hours to daybreak seemed like five years to me. I Couldn’t wait to see the sunrise, I couldn’t, I prayed in my heart. My brothers and sisters, I sat right in front of the cell until daybreak.

“Guess what? The food given to him was the voodoo! Everyone thought the woman was his wife! Not knowing she wasn’t!

“If he had escaped apparently, I would have been issued query! Or probably been dismissed for allowing a suspect who robbed and killed someone to escape.”

He, however, noted that, “being a Police Officer isn’t for the weak. God bless all the Police Officers who are making sure the world is a better place to live in.”

I Started Shoemaking To Pay My School Fees—Female Cobbler