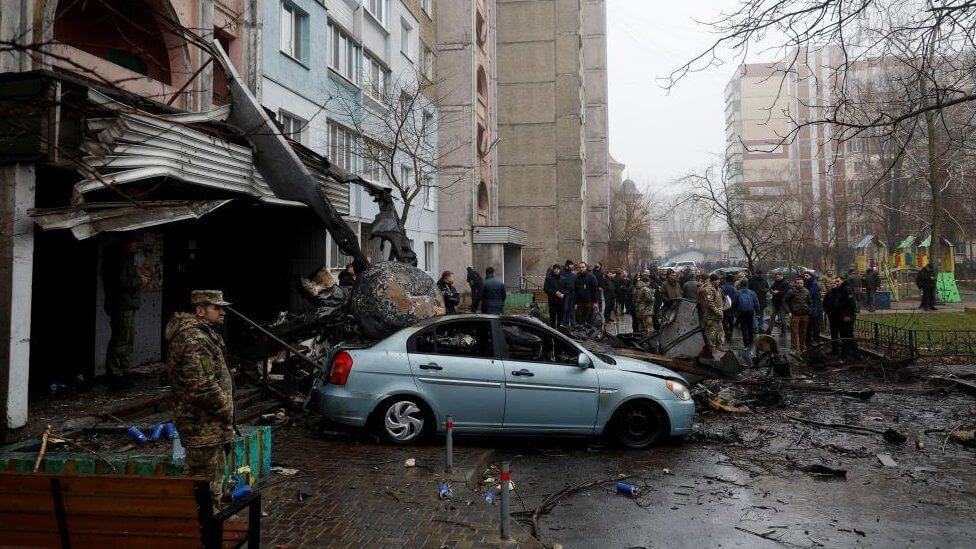 A helicopter crash in Kyiv, Ukraine, has killed 16 people, including the country’s Minister of Interior, Denis Monastyrsky, his deputy, and the ministry state secretary.

The crash happened in the city of Brovary, close to a kindergarten, and led to injuries for at least 30 others, including 12 children who are already in the hospital.

An adviser to Ukraine’s Minister of Internal Affairs, Anton Gerashchenko, confirmed the tragic news in a tweet.

“My friends, statesmen Denys Monastyrskyi, Yevhen Yenin, Yurii Lubkovych, everyone who was on board of that helicopter, were patriots who worked to make Ukraine stronger.

“We will always remember you. Your families will be cared for. Eternal memory to my friends,” his tweet read.

The head of the Ukrainian presidential administration, Kyrylo Tymoshenko, said the now deceased minister was en route to a war “hot spot” when his helicopter crashed, CNN reports.

He added that all nine people aboard the helicopter, including six ministry officials and three crew members, were killed with an additional seven people killed on the ground, including three children.

Ukrainian President, Volodymyr Zelensky, called the crash a terrible tragedy in a written statement, adding that the deceased officials were “true patriots of Ukraine. May they rest in peace! May all those whose lives were taken this black morning rest in peace”.

Ukrainian security force, the SBU, has launched an investigation into the crash, stating on Facebook that various versions of the tragedy are being considered including, “violation of flight rule, technical malfunction of the helicopter (and) deliberate actions to destroy the helicopter.”

JUST IN: Funke Akindele Thrown Into Mourning As Mom Dies

Doubts Over Appointment Of Arase As New PSC Chairperson

Why Sultan Of Sokoto Shelved Trip To Receive Peter Obi At…