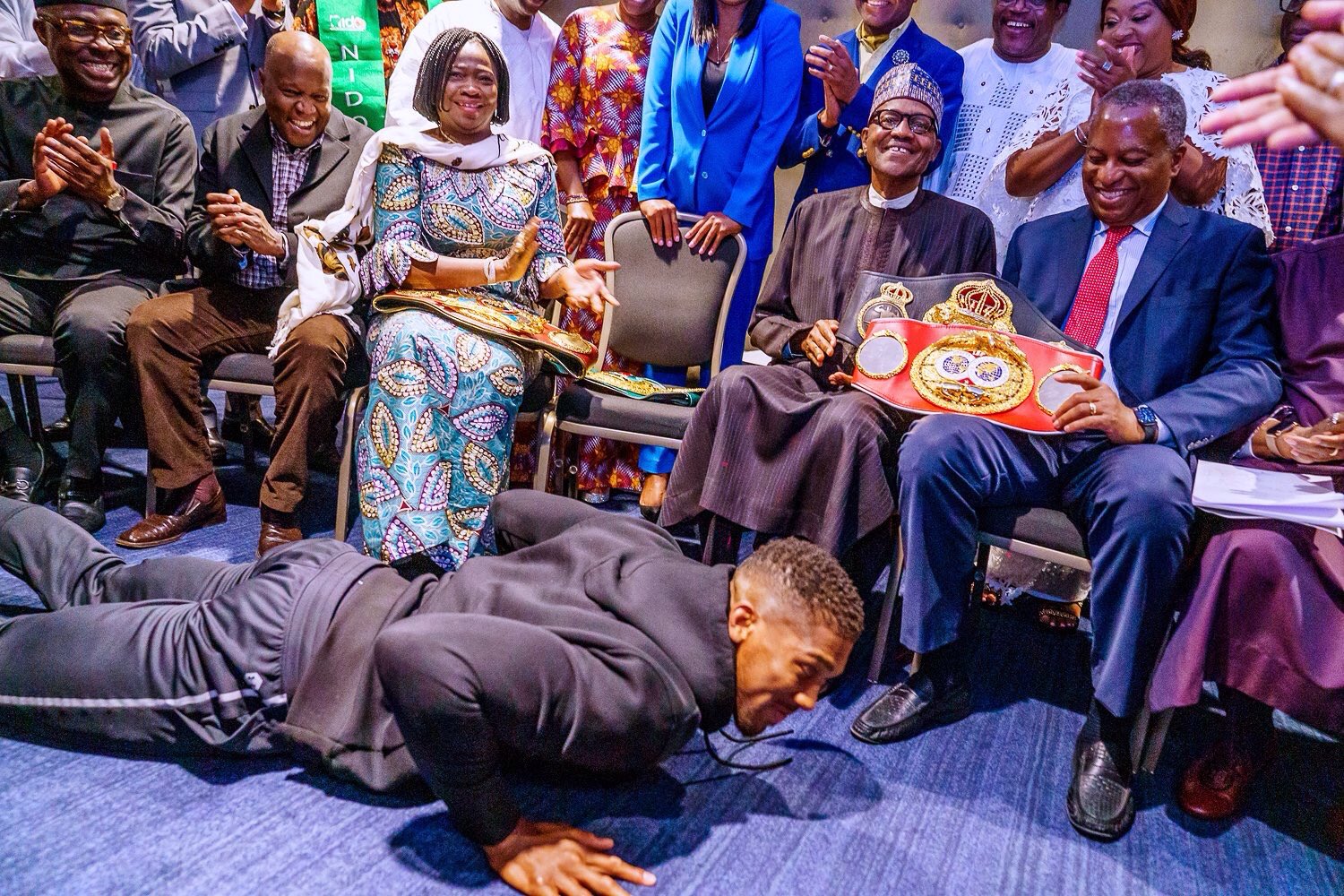 British-Nigerian boxer, Anthony Joshua, on Saturday, met Muhammedu Buhari in London during which he presented his IBF, WBA, WBO, and IBO titles to the Nigerian president.

Buhari had departed Abuja for London to participate in the inaugural UK-Africa Investment Summit taking place on January 20, 2020 in the United Kingdom.

Joshua celebrated his recent victories with Buhari when the president met with the Nigerian community in London.

He had reclaimed his IBF, WBA and WBO belts from Andy Ruize by defeating the Mexican-American boxer during a rematch in Saudi Arabia.

The heavyweight boxing champion was seen prostrating to Buhari in the Yoruba cultural way.

The meeting had in attendance Governor Inuwa Yahaya of Gombe State, the Minister of Foreign Affairs, Geoffrey Onyeama; and his Trade and Investment counterpart, Adeniyi Adebayo.

Others included the Chairman/CEO of the Nigerians in Diaspora Commission, Abike Dabiri-Erewa; and Nigeria’s High Commissioner to the UK, Justice Adesola Oguntade, among other dignitaries.

Below are photos from the meeting: